Fort Collins, Colorado. Pull into a meticulously landscaped parking lot lined with custom cruiser bicycles. Behold a pointy, log-cabin style structure past the walkway. Step inside and stand at the foot of a giant, metallic slide connecting first and second floors. Out the back door, dig your toes into the sand of a recreational volleyball court and think…

… what is this place?

It’s New Belgium Brewery, birthplace of the world-famous Fat Tire Amber Ale and a host of other award winning brews. And while it sounds like some sort of grown-up playground, in reality it's a place where serious work happens.

Birth of a Brewery 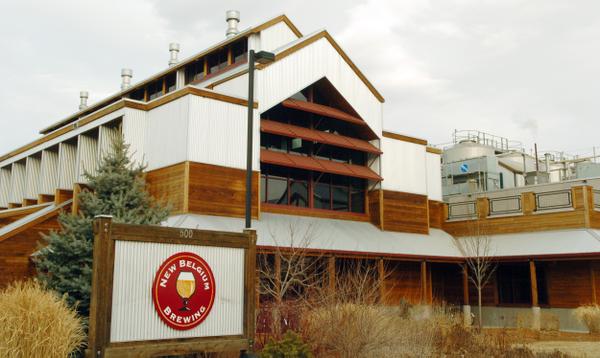 Founder Jeff Lebesch came by his inspiration for New Belgium honestly. In 1989, he took off on a voyage through Europe, tasting the best beers in each country he visited. Legend has it that the Belgian brewers in particular blew Jeff away with their expert craftsmanship and diverse menu of ingredients; so much so that he spent his entire trip there. Afterwards, he came home and began brewing his own Belgian-inspired recipes and bottling them in his basement with then-wife Kim Jordan. The beers were so well-received that Jeff and Kim were able to take New Belgium commercial just two short years later.

Today, New Belgium has nearly 400 employees and enjoys over $100 million in annual sales. The progressive brewery’s concoctions are available in 28 states and have collected an impressive resume of honors and awards.

So, how did New Belgium go from basement-brewery to craft-beer sensation? The short answer: great beer and hard work. But the story doesn’t end there. Look closer and you’ll find rock-solid company infrastructure, a clear mission and fearless leadership – all of which have helped steer New Belgium towards the promise land. These elements, along with a few others, are the reason New Belgium belongs on our list of Brands We Admire.

New Belgium didn’t stumble into its identity as a company by accident. Rather, the entire brand grew out of a day-long hike many years ago, during which Jeff and Kim carefully outlined the purpose and core values of New Belgium in its infancy. The company’s evolution was purposeful and well planned. Its founders decided at the beginning what kind of company they wanted to run: a company devoted to producing world-class beers, sponsoring environmental stewardship, and having fun (among other things). In over twenty operating years, New Belgium has never veered from these values.

Key among the company’s core beliefs is that of environmental stewardship. The bicycles you’ll find parked outside the brewery are more than just eye candy, they’re a manifestation of one of New Belgium’s most important causes. Employees are encouraged to bike to work, and are awarded a custom cruiser bicycle on their one-year anniversary with the company to help foster a greener culture. New Belgium also recently overhauled their waste management practices and made the decision to become 100% wind powered.

It All Comes Down to People

Sometimes, going green can put you in the red, but it's a chance New Belgium has been repeatedly willing to take. Specifically, employees were warned that the pricier wind energy may cause a dip in their paychecks – they were okay with it. Those are the kinds of people that thrive at New Belgium. People that connect intimately with the company’s mission. People that care.

New Belgium is famous for rewarding employee loyalty. Beyond the cruiser bike, employees receive an all expenses paid trip to Belgium at their five year anniversary and become eligible for employee-ownership opportunities. New Belgium practices fiscal transparency in-house – everyone knows what the costs are, and everyone thus becomes invested in making things more efficient. New Belgium offers employees the chance to participate in a number of Involvement Committees, including Philanthropy and Wellness panels. These and other perks contribute to the brewery’s astounding 97% retention rate.

Furthermore, New Belgium is known for retaining more than just its employees. Loyal customers have tons of ways to get involved and engage with the company, from a “bike-in” cinema experience in the summers, to the Clips of Faith short-film festival, to the world-famous, annual Tour de Fat bicycle event. The brewery maintains an active online presence and currently boasts over 100,000 Facebook fans. They’ve left no stone unturned when it comes to engaging with their audience; a strategy that continues to pay off.

What We Can Learn

The sales numbers don’t lie: New Belgium Brewery is a success. But beyond the profits and statistics, you’ll find a company that cares about its workers, respects the customer, and gives back to the global community. Pretty impressive when you put it all together. It sounds simple, right? So why doesn’t every company do it?

Stick To The Plan 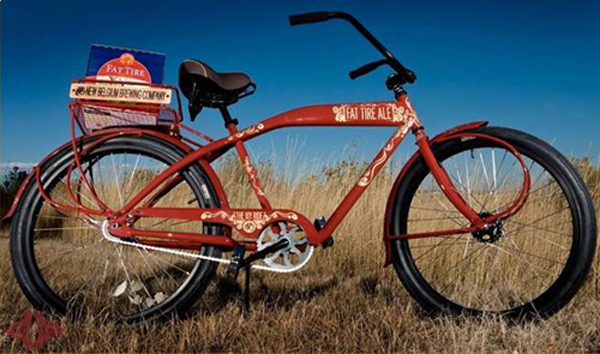 Not every company benefits from a rock-solid vision by its founders. We believe establishing New Belgium’s core values early, and allowing them to drive every decision the company makes, has been crucial to its success. Sure, environmental stewardship means something different to a two-man, basement operation than it does to a multi-million dollar manufacturer. But New Belgium has been able to scale these missions accordingly as its resources grow. It’s not for show. It’s not for the media. It’s a commitment to honor the very same beliefs that existed on day one, before the company had made its first dollar.

It’s not rare to find a company born for the wrong reasons. Read articles, browse the website or talk to employees -- it won’t take you long to learn that New Belgium loves beer, and that they have an unshakeable confidence in their unique brews. This is absolutely critical. If any member of your organization doubts your product, something needs to change. This is the reason that New Belgium has been able to develop a consistent brand voice, it’s the reason management has been willing to shell out the money for large-scale events like Tour de Fat, and it's the reason that the brewery has such a loyal fan base. New Belgium believes in its beer. Put simply, they love what they do, and it shows.

Not every company does right by the world. Find a cause close to your heart and give generously, and not for the attention, but because it feeds your soul. It makes your organization human and gives it warmth. Who’s to say what percentage of New Belgium’s sales is a direct result of its green efforts? Not us, for sure. What’s clear, though, is that buying from New Belgium is something that people can feel good about. The people at New Belgium routinely sacrifice to make the world a little, tiny bit better.

And for that, we admire them.