Anchored by Your Inbox 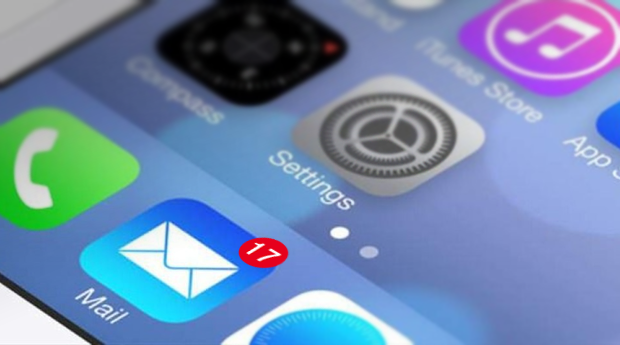 I really look forward to a hot cup of coffee in the morning and listening to my favorite podcasts on the way into work. It’s not that I dread the day or anything, but those are about the only things worth pivoting myself out of bed for as far as I’m concerned. I certainly don’t get jazzed for the forty-five minutes of inch-worming my way down the highway and toward the office. I’m not particularly in love with knowing I’m a good sixteen hours away from seeing the business end of my bed again. And I could do without walking my dog through tall, dew-soaked grass and picking up after her while still slipping in and out of a dream state.

So you can imagine that when I woke up the other morning to a work email with some blunt criticism of an assignment I had turned in the previous day, it felt a little like piling on.

That email stuck in my craw as I showered and got ready for the day. I drafted a response in my head as I brewed a cup of joe. It gnawed at me as I started up the car and pulled away from my apartment. My coffee tasted worse. The podcast was white-noise. My mind was elsewhere.

About halfway to work, I realized whose fault this was. I realized who was responsible for wrecking my morning, a morning that was already going to be bad enough without that feeling of failure and doom that currently sat in my stomach.

I realized, then, that this was entirely my fault.

We work in a creative field. Getting tough feedback on your work is part of the job. I know that. I have always understood that.

But I’m the reason I was thinking about work that early instead of easing into the day. I’m the one that reached for my phone the second I opened my eyes. I’m the one that saw new emails and decided I had to read them, bleary eyes be damned.

Why? Because it was easy. 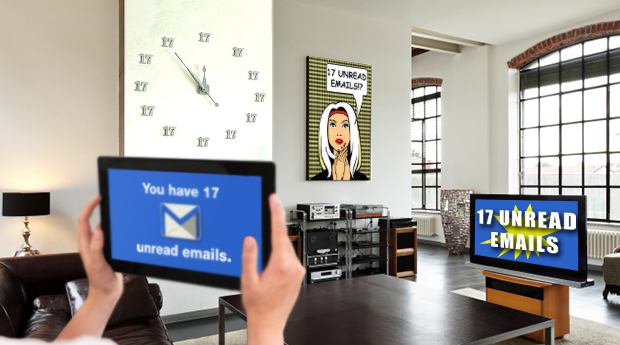 Our phones never leave our sides anymore. And with all of our devices and accounts synched up, our emails never leave our sides either. You will get work emails after hours. And it will be impossible not to notice them. And once you notice them, it will be impossible not to at least read them. And once you read them, you might as well address their contents mentally, if not actually type out a response, right? You’ve come this far. You’re probably just sitting there watching TV, anyway. Where’s the harm, right?

I see this all the time. Even at Nebo, where we value work-life balance more than most. I see emails coming through at 10 o’clock Wednesday night and 4 o’clock Sunday afternoon. And I always ask myself: couldn’t this have waited?

The truth is, when you’re a salaried employee who plays an important role on your team, you’ll sometimes be needed outside of normal office hours. That kind of responsibility comes with career success. And sometimes you need to work at home or over the weekend in order to catch up, so when you get back to the office, you’re not drowning in work.

But there comes a time when you have to discern between doing work outside the office because it’s important vs. doing it because it’s there and it’s easy.

Some people might not see a problem with the latter because, truthfully, it doesn’t take much effort to send an email. What’s more, it makes you look good in the eyes of the boss. It looks like you’re going the extra mile. Like you’ve got the kind of work ethic to be a real impact player.

But don’t underestimate how dangerous it is to never fully step out of “work mode”. Long-term, you’re going to exhaust yourself. You’ll be less sharp and focused than you would be if you let your mind relax a little bit. Did you ever stay up until 7 a.m. to work on a college term paper the night before it was due? If so, then you’re familiar with the concept of “diminishing returns”.

Even more dangerous? The precedent this kind of thing sets among your team. It doesn’t take much to put everyone in “always on” mode. You can start to feel like you’re doing something wrong if you’re NOT sending work emails at all hours of the day. You start doing things like keeping track of what time other people around the office leave for the day. You start measuring your own work hours against others’.

“Oh no, I’ve left first three days in a row! But I got here earlier than everyone else one of those days. Maybe tomorrow I should stay until like 8 o’clock just to give myself some breathing room?”

This is a really unproductive mindset to find yourself in because you’re no longer thinking about what it’s going to take to get your work done; you’re thinking about face time and brownie points and what the bosses will think.

It’s in the best interest of you, your team, your company, and your bosses if you take a break. Not just every once in a while, but every day. You have to decompress. You’ll do better work when you come back refreshed. You have to protect yourself from burnout.

Next time you’re sitting around, half-engaged in some trashy TV show, fight the urge to reach for your iPhone and catch up on non-urgent emails. Try a new hobby instead. Go outside. Exercise. Interact with people. Or just sleep! Everyone always complains about how tired they are but no one ever wants to sleep when they get the chance. Sleep is amazing, people.

You shouldn’t have to feel bad about having a life outside of work. The activities and, more importantly, the people that you love shouldn’t have to share you with your Gmail. At the end of the day, you have to draw your own line regarding when the overtime is necessary and when it’s just habit. Drawing this line might make you feel like a slacker, but it’ll actually make you a better employee over the long haul.

Thanks for the comments, guys! Yeah, I'm not saying you should never look at your email at home. You kind of have to if you want any kind of responsibility in your career. What drives me nuts is when people, me included, are just doing it because it's in front of us and we can't think of anything better to do!

I agree, Drew. "Showing up" shouldn't be something to strive for (outside of, you know, actually showing up for work). Sending a response at midnight that could easily have waited 8 hours shouldn't earn you any extra points.

I've had conversations with others - including my direct boss - about this concept. My first agency job, I was new to the city and didn't have a lot to do, so I would answer emails almost instantly at all times of day. Over the course of a couple of years, that approach backfired on me and set a precedent that I treated something like email as a form of instant messenger.

Now, I will glance at emails in the evening and weekend times. Will I respond? Rarely. I'll take a look at the email and determine if it's something my team needs me to do quickly. If it can wait until the next work morning, I'll flag it and tackle it when the work week kicks off again.

It's important to be able to work the extra time or odd hours to get stuff done. I think prioritizing those tasks is just as important. Having a culture that subconsciously rewards "showing up" more than actual output is dicey.

I think I've written this post in my head before, and am totally guilty of reading emails at all hours of the day, especially as a PM. It's hard to break the urge to respond RIGHT AWAY! and be TOTALLY ON TOP OF IT! but I've found a sense of relief with putting away my phone and enjoying my morning that I never could have imagined. This reminded me to keep it up!