The ABCs of Tech 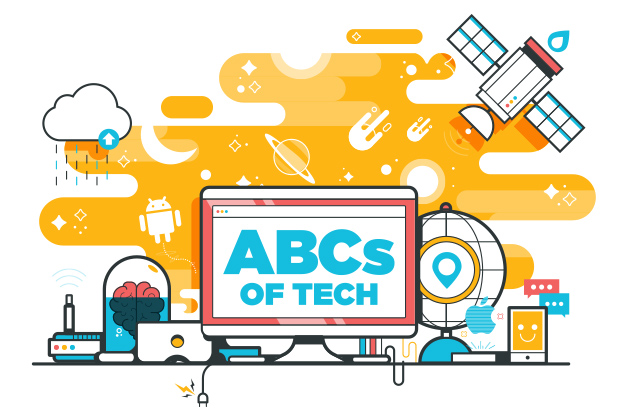 Today’s technology is progressing faster than ever, and with each new innovation comes a new set of words to describe how they’re changing our world. But tech terms are tricky. They change faster than you can say “autonomous vehicles.” And since many technology terms have become mainstream (and in some cases, overused), marketers may believe they know the meaning when, in fact, they’re sorely mistaken.

To help clear things up, we’ve compiled an encyclopedia of the tech buzzwords of today. We suggest you read it now, because who knows what innovations will come tomorrow.

If you hate ads you probably know what this one is. But in case you don’t, it’s pretty much what it sounds like. Ad Blocker software prevents ads from showing up with the content you actually want to view. These programs target pop-ups, banner ads, social media ads, and other common types of online advertisements, so you can browse the web with minimal to no interruption.

A humanoid robot, like the ones in Ex Machina or Westworld. These types of robots are designed to look and act like humans. While historically they’ve only been used in film or TV, these days the technological advancements are getting closer and closer to the real thing.

Alexa, what’s artificial intelligence? Artificial Intelligence is a technology that is able to perform tasks that normally require human intelligence, like Tony Stark’s J.A.R.V.I.S. or the common man’s Siri or Alexa. These tasks include, but are not limited to, things like speech recognition, decision-making, translation, and visual perception. 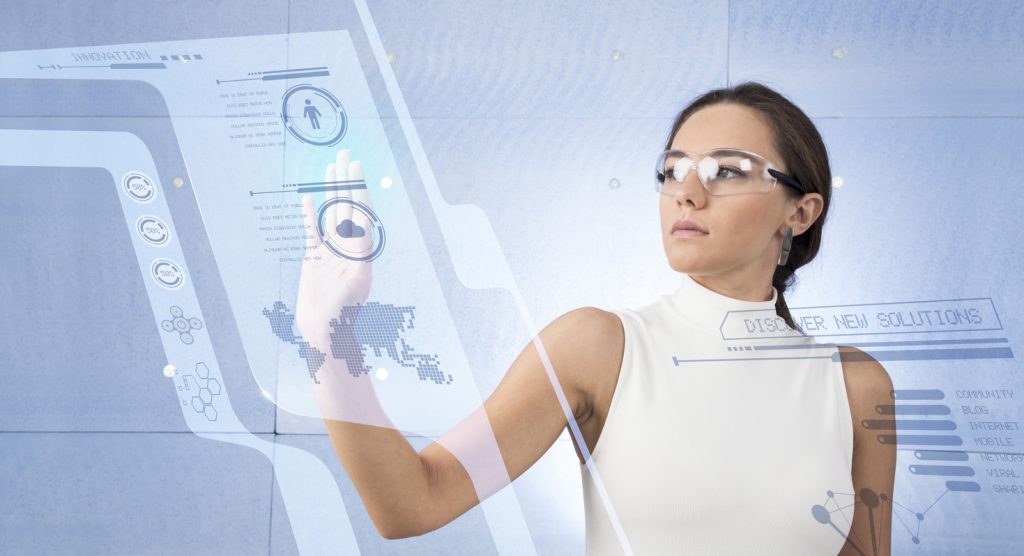 Remember when everyone was trying to catch Pokemon and walking into lampposts? That’s augmented reality: when digital information and your actual environment coexist in real time. Not to be confused with virtual reality, which creates an entirely new landscape for you to look at.

Otherwise known as driverless cars, self-driving cars, or robotic cars, these are vehicles that are able to drive without any human input. They use things like radar, laser light, GPS, odometry and computer vision to find out what’s going on around them, and react accordingly. So far, we don’t have any fully autonomous vehicles on the road, but they’re definitely on their way. 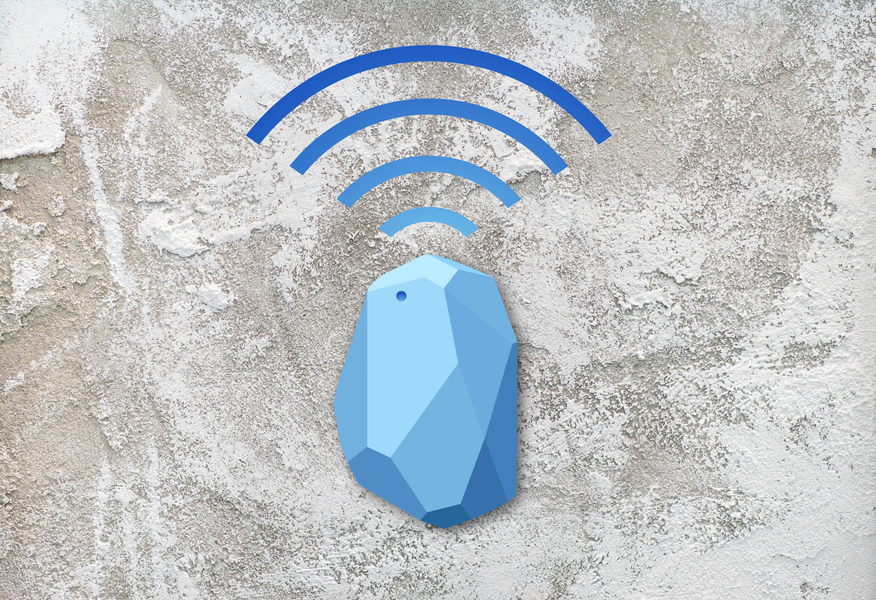 A beacon is a device that sends out a continuous radio signal. This signal can be detected by a phone via Bluetooth, and tells the phone to push an action or message. Right now, these are most commonly used in retail.

Datasets with so much information that it’s unable to be processed, stored, managed, and analyzed by typical database software tools. Basically just a whole lot of data.

Biometrics are metrics related to human characteristics, such as fingerprints, face recognition, DNA, retina scans, etc. These are most widely known as a way to open high-tech bank vaults in action movies, but can also be used to unlock your phone, or to identify individuals who are under surveillance. 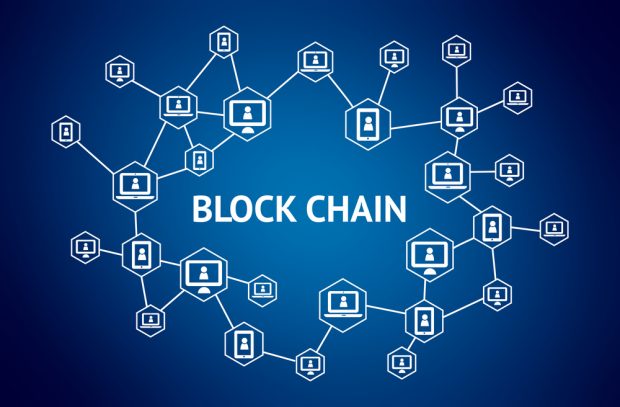 You may think of this term simply as the technology behind Bitcoin, but blockchain’s potential extends to every type of transaction involving value, including money, goods and property. Blockchain removes the need for a middleman, like a bank, by documenting every transaction in a digital ledger. Each new transaction, or “block”, added to the ledger’s transaction “chain” must first be seen and validated by the entire network of computers before it is approved.

A computer program that makes you feel like you’re talking to a real person, but in reality is powered by a set of rules and regulated responses. Chatbots make life easy for consumers by always being on-demand, and can do everything from schedule meetings to order a pizza or book a plane flight.

Short for “cybernetic organism,” a cyborg is a fictional person who has superhuman abilities thanks to being half human, half robot.

In short, dark analytics is data that hasn’t, or can’t, be analyzed. This is mainly because they don’t live in the right database, or there aren’t tools yet that can actually do the analyzing. Think images, video, and audio.

The process of extrapolating information from large data sets by identifying patterns and establishing relationships.

Basically, this is a place where data is stored in graph form. Just like with regular mathematical graphs, each piece of information in the graph is notated in nodes, edges or other forms of visual cues. 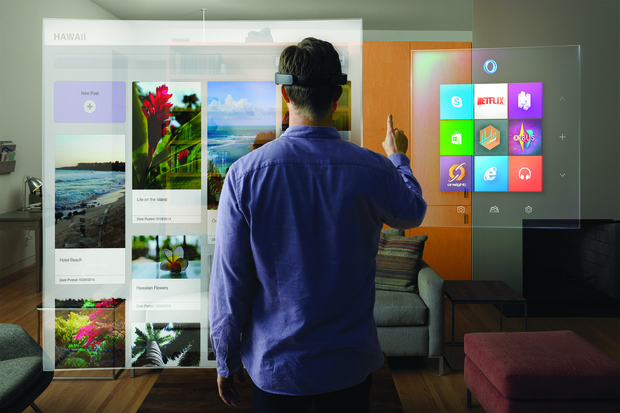 Remember when we talked about augmented reality? The HoloLens is the first self-contained, holographic computer by Microsoft that lets you engage with digital content in the real world.

Videos that are shot by recording every direction around the camera at the same time, which lets the viewer control the viewing direction when they’re watching the video. They’re more colloquially called 360 videos.

The idea of connecting any device with an on-switch to the Internet, letting it send and receive data. And that means every device, from cell phones, to blow dryers, to leaf blowers, to oil rig drills. 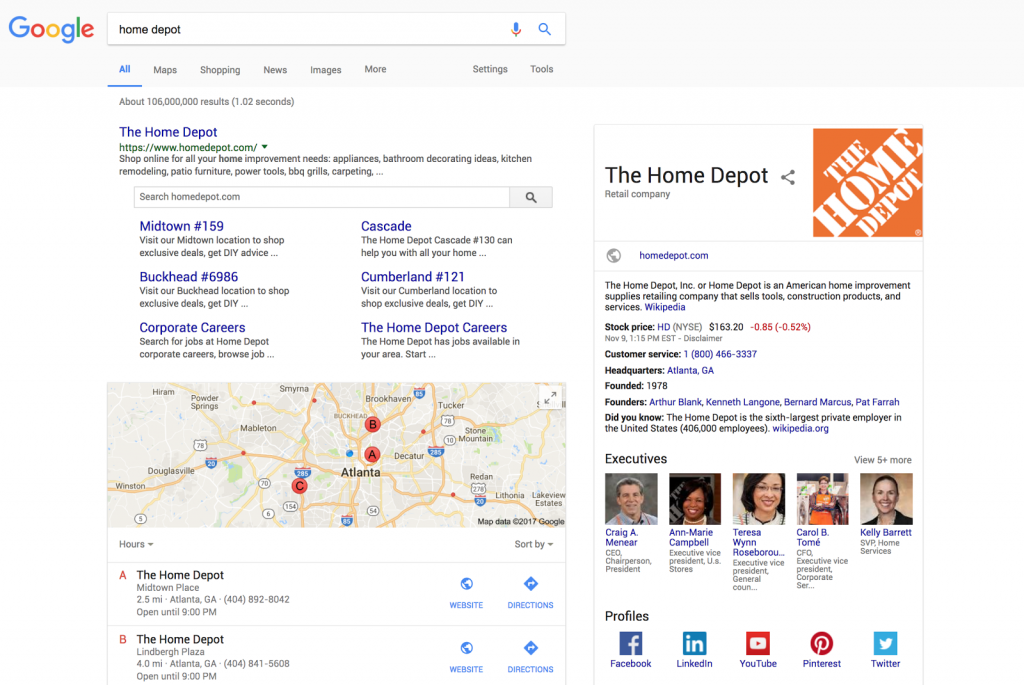 You know that super useful bit of information that pops up on the right-hand side when you Google something? That’s a knowledge graph (image above). Google uses it to enhance its search results so users don’t have to search through other sites and get the information themselves.

When a machine or program that was created by humans gets faster and smarter by repeating its tasks.

Refers to the use of machines or software to purchase digital advertising, as opposed to the traditional process that involves RFPs, human negotiations and manual insertion orders. See a Disneyfied Nebo blog post to learn more about programmatic.

The point in the future when artificial superintelligence takes over human civilization. It’s a pretty hot topic for discussion. While there are some big names in tech who aren’t super worried about it, like Mark Zuckerberg, others are worried robots are about to take over. Elon Musk has been calling for AI oversight for a while now, and has even created OpenAI, to guide the technology in the right direction.

A series of questions that determine a computer’s intelligence based on its ability to outsmart a human being. It was developed by Alan Turing, whose name you probably know from The Imitation Game. 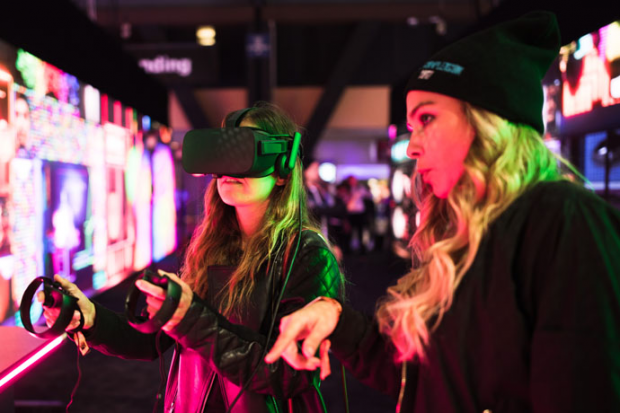 An artificial environment that surrounds the user in a realistic and believable way. These days, to participate in virtual reality the user generally has to wear some pretty bulky headgear, but hopefully in the future the blend between actual reality and virtual reality will be smoother.

A speech recognition technology that lets users say things out loud and have their electronics respond intelligently. It’s what Siri uses to be Siri. I’m a pretty big fan.

An IBM super-computer system that is able to answer questions that are asked in natural language. It’s pretty widely used, as it’s being utilized everywhere from ad copy, to weather channels, to fashion statements.

Electronics that can be worn on the body. It’s pretty simple.

Have another word you’re curious about? Know a term you wish we’d included? Send it our way!

I have been looking into a similar system and have been tripped up by the camera battery charging. Did you plug your factory charger into the inverter, which is not very efficient, or did you use a dedicated battery charger.