From humble beginnings on the campus of Stanford University, Google has evolved and left its mark on almost every facet of our daily lives, influencing everything from the language we use to the systems by which we communicate and share information.  But how well do you really know this company that has had such an impact on our personal and professional lives?

Since Google has removed the page on their site that highlights some of its fun facts (previously here), Nebo wanted to pull together some of our favorite facts about the search engine we all know and love!

1.  Andy Bectholsheim, co-founder of Sun Microsystems, was one of the first investors in Google.  Bectholshein wrote a $100,000 check to Google, Inc. after only a short demo that took place on the front porch of one of Stanford’s faculty members.

The problem?  At the time the check was written, Google, Inc. did not exist!  The $100k check stayed locked in a desk drawer for over two weeks as Page and Brin scrambled to file the necessary paperwork to incorporate Google. (source)

2.   We are all familiar with Google PageRank, the original link-based algorithm used to determine the intrinsic value assigned to each page that determines where it will rank.

However, this seemingly obvious connection is not the origin of the term PageRank; the infamous term is actually named after co-founder Larry Page! 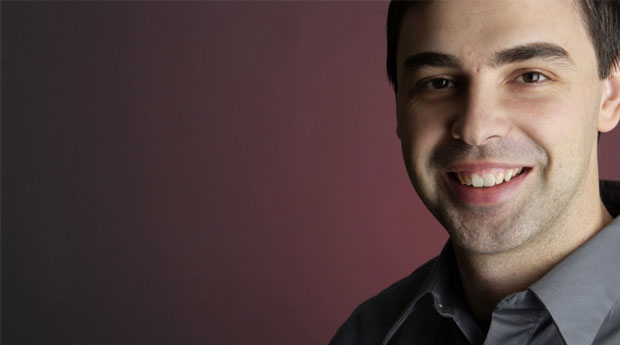 3.  The project that eventually grew to become Google was originally called BackRub for its analysis of backlinks as a trust and authority factor used to determine ranking.

Even in its infancy in 1996, BackRub boasted some impressive statistics:

4.  “Don’t Be Evil” – Google’s oft-quoted corporate mantra does not actually appear anywhere in its official corporate philosophy.  Instead, Google’s philosophy states “You can make money without doing evil.”

Although not in the official philosophy, the phrase “Don’t Be Evil” does appear in Google’s 2004 IPO prospectus:

Don’t be evil. We believe strongly that in the long term, we will be better served—as shareholders and in all other ways—by a company that does good things for the world even if we forgo some short term gains. This is an important aspect of our culture and is broadly shared within the company.

5.  In 2002, the American Dialect Society voted “google” (the verb) the runner-up for word / phrase of the year, second only to “weapons of mass destruction” or “WMD”. (source)

6.  In 2006, “google” (again the verb) was officially included in both the Merriam-Webster and Oxford English dictionaries.  However, in defense of its trademarked brand name, Google released an official statement asking that the term only be used to refer to searches on the search engine rather than as a generic phrase for any Internet search activity. (source)

7.  Rather than purchasing top-of-the-line computer equipment, Google realized that it was more cost-effective and efficient for their business to purchase cheap computer systems and account for their failure.

8.  To prevent security breaches as it approached its IPO, Google created 20 variations of its communications with the banks so it could identify any untrustworthy banks in the event of an information leak.

9.  The basic layout of the Google homepage was not a result of any intentional minimalist design scheme but rather for lack of any real HTML coding skill.

10.  A clean and simple homepage devoid of any obtrusive advertisements (as was the norm at the time) was so foreign to the beta testers that many continued to stare at the screen long after it had finished loading waiting for the rest of the page to populate!

In order to prevent this misconception, Google included its copyright information at the bottom of the page to signal that the page had completely loaded. (source)

11.  Although the modest homepage has been a staple of the search engine since its inception, the Google logo was not centered on the screen until March 31, 2001.  (source)

12.  The original Google logo included an exclamation point, similar to that which has graced the Yahoo! logo since its founding in 1994.

Google eventually dropped the exclamation point on May 30th, 1999. (source)

13.  The first Google Doodle was actually designed as an Out of Office message!  In 1998, the founders took some time off to attend the Burning Man festival in Nevada and updated the Google logo for the first time to let users know they were unavailable and that any technical or support issues would have to wait until they returned.

To date, over 1,000 unique Doodles have graced the Google homepage.  Have an idea for a new Doodle?  Join the hundreds of people every day who submit Doodle suggestions by emailing the team at proposals@google.com. (source)

14.  The “I’m Feeling Lucky” button, which sends users directly to the first search result, is used by only 1% of searchers.

However, despite the fact that only a small percentage of users actually take advantage of the “I’m Feeling Lucky” button, initial trials indicated that removing the button would detract from the search experience. (source)

15.  Given that this functionality bypasses the search engine results pages (SERPs) where Google serves its ads, the “I’m Feeling Lucky” button is reported to cost Google nearly $110 million per year in lost revenue! (source)

16.  Google posted over $37.9 billion in revenues in 2011, a whopping 96% of which came from their acclaimed advertising platform, Adwords. (source)

But the technology behind Google Adwords was actually the brainchild of a man named Bill Gross, founder of Overture Services, Inc. that was acquired by Yahoo! in 2003.   After a nearly two-year legal battle over the rights to the technology, Google agreed to give Yahoo! 2.7 million shares of common stock (valued somewhere between $260-$290 million at the time of the settlement) for a perpetual license to the technology. (source)

17.  Google Adsense, which powers Google’s Content Network advertising, was similarly born and raised outside the Google family.  A company called Applied Semantics created the service we now know as Adsense and was acquired by Google in April 2003. (source)

18.  Thanks to a vastly-improved spell-checking algorithm, Google was able to double their traffic following the implementation of the “Did you mean…” feature. (source)

Prior to Google, Chef Charlie cooked for the Grateful Dead in exchange for admission to shows! (source)

20.  Google goats? You bet!  Google “employs” a herd of nearly 200 goats, rented from a company called California Grazing, to maintain the grounds of their Mountain View headquarters.  Aside from being environmentally-friendly and costing about the same, the Google goats are certainly “a lot cuter to watch than lawn mowers.” (source) 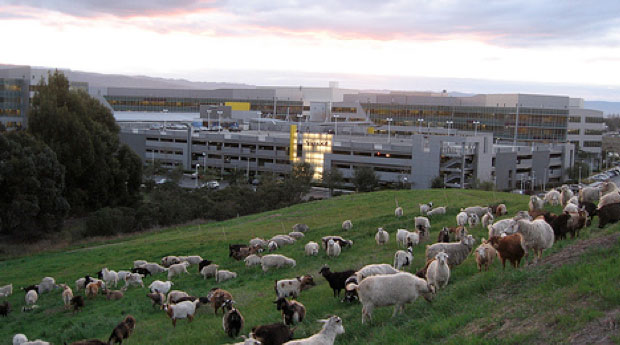 21.  According to Steven Levy’s In The Plex: How Google Thinks, Works, and Shapes Our Lives, a staggering one-third of all search queries conducted on Google are “virgin requests.”

Virgin requests are defined as those search queries that have not previously been searched for in the search engine.