13 of the Best, Worst and Weirdest Foreign Commercials 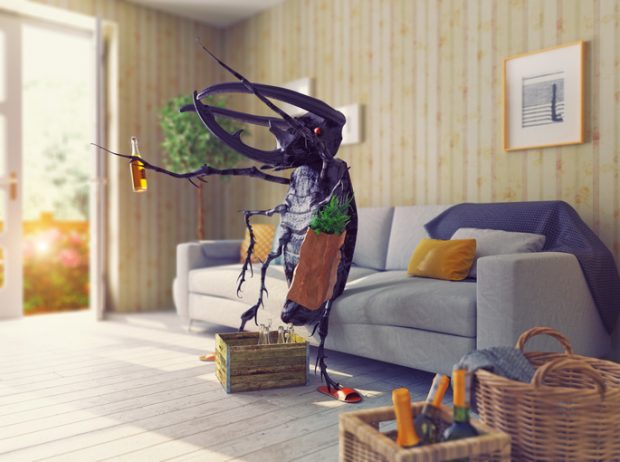 I’m Dutch. I lived in the Netherlands my whole life, went to school there, the whole nine, until coming to college in America. Right at the top of my list of FAQs is “Why don’t you have an accent?” and then “So what are the differences between Holland and America?” Most of the differences are immersive rather than things you can just explain. But one hard difference stands out: the commercials.

Enter the horrible ringtone commercials of my childhood, featuring 10-second clips that you could download to your flip phone and show off to everyone in the vicinity. There were hundreds of them and they were grating. Nails on a chalkboard, I tell ya. To prove my point:

Why anyone would want the most annoying frog ever faking the sounds of a motorcycle as their ringtone is beyond me, but it was popular.

Ringtone commercials aren’t the only ones that are different from commercials in America. There’s a plethora of weird and wonderful stuff going on in advertisements around the world, so we figured we’d spread the joy and share some of our favorites. And if Dutch commercials are featured a little heavily, well, no one can blame me for my bias.

If I saw that much beer, I’d scream too.

Because kids are the best form of birth control.

Swaddled babies advancing like an army of stormtroopers while singing a children’s song from hell. This is the stuff nightmares are made of.

I came out to have a good time and honestly I’m feeling so attacked right now. Really — all this French commercial is selling is the idea that English is evil. Suddenly the stereotypes make sense.

At least we have the Germans on our side.

Here in America our tampon commercials usually have happy women in white pants playing tennis. Russia takes it to a whole other level. WTF Russia.

This commercial is a weird mix of a man with questionable origins, clown-esque sound effects, theft, and car sex in the jungle. I don’t even know.

Britney Spears looks totally natural dancing in her pink CGI plane with her bodyguard. I don’t know what you’re talking about.

I just have so many questions. Why is everyone so obsessed with bananas? Why does the man have a banana mustache? Why is he being applauded while he types? Why do the women jump for the bananas instead of waiting to catch them? Why does the boss have horns made of hair? Is banana-man’s banana phone real, or is he insane?

I would have loved to have seen the brainstorming session for this. “Let’s have a lady climb out of a bottle, but then she is the bottle, and then the lid opens and Arnold Schwarzenegger pops out, except he’s not human, he’s made of liquid. But THEN he turns into a human and scream-laughs at the camera. Oh, and it’s set in the Wild West.”

So there you have it — the best of foreign advertising. Or at least, some of it. Unfortunately, this list merely scratches the surface, but to be honest, my brain broke when I hit 13. Things are still looking a little fuzzy, but at the end of the day, one thing is clear: