Just a day before his assassination on April 4th, 1968, Dr. Martin Luther King, Jr. spoke these words in his final speech, “I’ve Been to the Mountaintop.”

Through peaceful protests beginning in the mid-1950s, he was able to drive monumental change in our society, and spread his vision of equality — despite being deemed an “outside agitator,” by his opposition. And while we celebrate him today, we also recognize we still haven’t reached his Promise Land.

In just 2020 alone, we’ve seen protests against police brutality and the over-policing of Black communities. We’ve lived through a pandemic that disproportionately affected Black and impoverished people. We’ve witnessed systemic racism’s dark hold on our country, from our judicial system to our healthcare to our housing practices to our education system. It was a year that reopened wounds that truly never healed, and it showed us just how far from the Promised Land we are.

In the years since his speech, laws have been passed that enabled equal treatment for African Americans, but now more than ever it’s glaringly obvious that those laws haven’t changed the culture of racism — the culture that much of this country was founded on.  We may no longer have segregated establishments and legalized racism, but both overt and covert racism still exists. And to truly understand how we can make Martin Luther King, Jr.’s dream a future reality, we have to understand how we got here.

With labor needs growing throughout the American colonies in 1619, white European settlers turned to enslaved Africans as a cheaper and more available means of labor. The first shipload of African captives arrived in Jamestown, Virginia in 1619. Read more.

Cuffe’s petition ultimately failed, but it paved the way for the creation of a new Constitution in 1783, which granted equality for all Massachusetts citizens. Read more.

In 1808, Congress passed the act which “prohibits the importation of slaves into any port or place within the jurisdiction of the United States…from any foreign kingdom, place, or country.” Read more.

The 13th amendment was the first explicit statement regarding slavery written in the U.S. Constitution. The amendment declares “Neither slavery nor involuntary servitude, except as a punishment for crime whereof the party shall have been duly convicted, shall exist within the United States, or any place subject to their jurisdiction.” Read more.

While the 13th amendment gave written freedom to some 4 million slaves postwar, there was still a lot to be settled. Black Codes were introduced in 1866, which were created to hinder African American's freedom and required them to sign annual labor contracts. Read more.

On May 18, 1896, the U.S. Supreme Court issued its verdict in Plessy v. Ferguson, a case that represented the first major test of the meaning of the 14th Amendment’s provision of full and equal citizenship to African Americans. Read more.

Following the Plessy v. Ferguson decision, "Jim Crow" laws were put in place at the local and state levels. These laws prevented African Americans from voting, getting and keeping a job, and the ability to get an education, to name a few. Read more.

The Congress of Racial Equality, or CORE, was founded by Jonathan Farmer in 1942. CORE was one of the leading activist organizations during the beginnings of the civil rights movement. Read more.

The 1954 ruling of Brown v. Board Supreme Court case ruled that the segregation of children in schools based on skin color is unconstitutional. Read more.

Rosa Parks refused to give up her seat to a white man on a Montgomery bus in Alabama. This inspired a civil rights protest amongst the local black community in Montgomery, and is a cornerstone event in the civil rights movement. Read more.

The 1960 ruling of Boynton v. Virginia declared the segregation of interstate travel such as bus terminals, restrooms, and other facilities unconstitutional. Read more.

In 1961, President John F. Kennedy signed an executive order requiring government contractors to hire more African American workers stating in an executive order, "take affirmative action to ensure that applicants are employed, and employees are treated during employment, without regard to their race, creed, color, or national origin." Read more.

Considered one of the crowning legislative movements in the civil rights movement, the Civil Rights Act of 1964 banned segregation in public places and banned employment discrimination on the basis of race, color, religion, sex, or national origin. Read more.

Protesters, including Martin Luther King, Jr. marched from Selma to Montgomery, Alabama across a three-day period. Along the 54-mile march, protesters were attacked with nightsticks, tear gas, and whips by authorities and white vigilante groups. Read more.

The March to Selma showcased challenges faced by black voters, and the need for a national Voting Rights Act. In 1965, Lyndon B. Johnson passed the Voting Rights Act of 1965, which aimed to remove state and local barriers that prevented African Americans from exercising their right to vote. Read more.

The 1968 ruling of Loving v. Virginia declared interracial marriage to be legal. This ruling is remembered annually on June 12th as Loving Day. Read more.

Allan Bakke was unfairly denied admission twice to the medical school at the University of California at Davis because of the school's quota system. In his decision, Powell unknowingly shifted the meaning of affirmative action and inadvertently changed the ways colleges and universities recruit and enroll racial minorities. Read more.

In 2010, Chastity Jones received a job offer that was later rescinded after she refused to cut off her locks. The Equal Employment Opportunity Commission (EEOC) filed a lawsuit, where two courts ruled the employer was not discriminating based on race and dismissed the case. Since then, numerous court cases have received mixed rulings, setting the precedent for natural hair to receive continued discrimination in the workplace. Read more.

This timeline is just a piece of our journey as a country thus far, and it’s only been accomplished thanks to the efforts of Martin Luther King, Jr. and others like him. The activists, organizers, and leaders who aren’t afraid of the work it takes to become better. With their help and our own resolve, we have to keep going — because we aren’t where we’re supposed to be. Not yet.

This is the uncomfortable truth of our nation. What we do from here is what defines our journey on the path to the Promised Land. Dr. Martin Luther King, Jr. left us with many great messages to guide us in his wake, but the message of his last address is perhaps the one we need to commit to heart today.

It’d be easy to simply point to the worst parts of our country and admit that we’ve fallen short, but that’s not quite what his "I've Been to the Mountaintop," sermon urges us to do. Instead, Dr. King said, “The nation is sick, trouble is in the land, confusion all around. That's a strange statement. But I know, somehow, that only when it is dark enough can you see the stars.”

This year, as we celebrate a civil rights hero, let’s work together towards his Promise Land. Next year on this day, let’s have accomplished the kind of change that would make Dr. Martin Luther King, Jr. proud. There’s real progress to be made. Let’s make it to the stars. 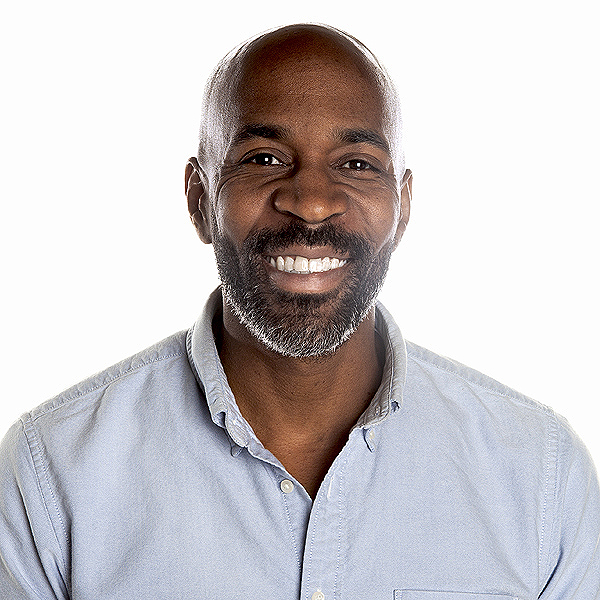 February 25, 2021
Black History Month 2021: Celebrating Black Excellence
February 19, 2021
How Music Provides Us with Comfort, Growth and Guidance
We do it for the gram
Like this post? Share it!
Back to the Blog