Throw Away Your Traditional PR Rules: TAG Marketing Panel Looks at the Current State of Media 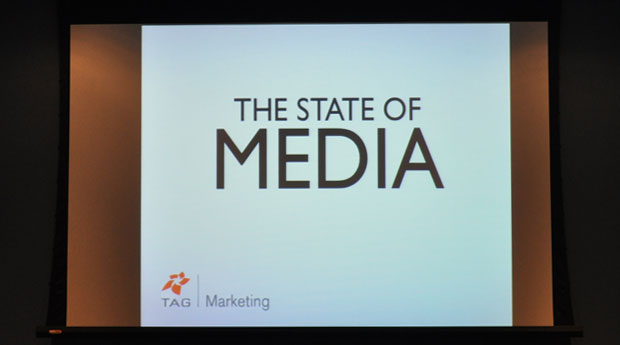 The rules have changed. At the September 15, 2011 TAG Marketing “State of the Media” panel, business reporter Kristi Swartz (Atlanta Journal-Constitution), technology and healthcare writer Urvaksh Karkaria (Atlanta Business Chronicle), and I-Team Consumer Reporter Dana Fowle (FOX5) joined media consultants Mike Rothman (Securosis) and Grayson Daughters (WaySouth Media) for an important discussion on how media interacts with business in 2011. Here are several “new rules” that you may not have expected. If you don’t follow them, your marketing and public relations attempts may be futile.

Social Media is Immediate – That Means You Need to be Immediate

You might be used to traditional public relations – racking your brain over long pitches, sending out those pitches via email to a list of reporters and publications, and making phone call follow ups to gauge interest in a particular story. Today, most reporters and media outlets don’t have time for such slow tactics.

Dana Fowle has experienced this change firsthand. Years ago, she would work on a story over the course of the day with a photographer. Now, she’ll take pictures with her iPhone and write shorter pieces that progress along the day as news develops. Polished production values have begun to lose their footing in favor of gritty, visceral camera phone footage made acceptable by YouTube. 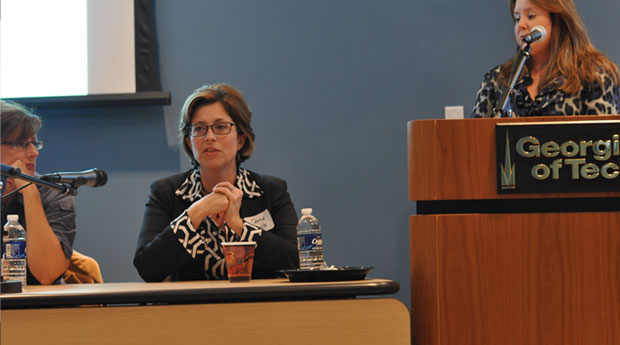 That means you need to match this immediacy and interact with the media in real time. Panelists Fowle, and Kristi Swartz, Business Reporter for The Atlanta Journal-Constitution, pointed out that traditional media was caught off guard by social media at first because they considered it a fad. However, what was thought of as a fad quickly morphed into what is now the norm.

Building relationships with the media is still important, but you need to solidify and reinforce those relationships by following reporters and their media outlets via Twitter – at a minimum. Interact with them in real time. Otherwise, you’re off their radar screen.

On the surface, Twitter is counterintuitive for public relations professionals. They have been trained in supposedly more dignified, orderly, and professional communications with media, and many still believe press releases and pitching via email and phone is the way to go. However, while several audience members diligently took notes by paper and pen, the panelists were busy live tweeting. The disconnect was startling. But audience members who Tweeted back had the advantage. They had the media’s attention.

It’s clear that those who understand and embrace Twitter have the advantage over others who still don’t get it. Urvaksh Karkaria, tech and healthcare writer for the Atlanta Business Chronicle, pointed out that usage of social media, Twitter or otherwise, needs to come naturally to you. And if it doesn’t come naturally, you’re going to have to work hard until it becomes second nature.

As Grayson Daughters of WaySouth Media also pointed out, social media is about sharing your personality - not your business card. You’re not selling a product. You’re sharing how you – the media contact and the business contact - can help solve each other’s problems. Still meet the media. That activity will never go away. But after you meet them, follow them on Twitter and build a relationship.

Throw Your Long PR Pitches Out – No One Will Read Them

What can you convey in 140 characters? According to Karkaria, a lot. It makes you think more about what you’re saying. Sometimes he’ll spend 5 minutes on a Tweet before sending it to make sure he gets the message across. Fowle reiterated Karkaria’s comments. Though not an active Tweeter, in producing news stories she revealed that being forced to write shorter stories has improved the writing because the focus is on making it as succinct and punchy as possible. 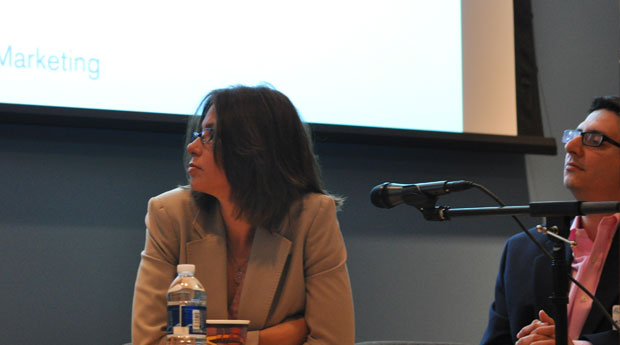 That’s because attention spans are no longer what they used to be. Fowle admitted that it’s harder for people to focus on long form content like books because of the immediacy that we are now used to. Everything has to be shorter. Whether you’re pitching, Tweeting, or communicating with a reporter, it’s important to reconsider the length and substance of your messaging. If you can’t distill the gist of your message into 140 characters, you might want to reconsider how you are communicating.

Even with media changing, the strength of content still matters. Despite changes in technology and attention spans, if the content isn’t compelling, then you aren’t going to have many views, conversions or whatever measurement of success you’re searching for in this new era.

And if you only take two thoughts away from these reporters, they unanimously agreed:

So get Tweeting and say hi to the media!