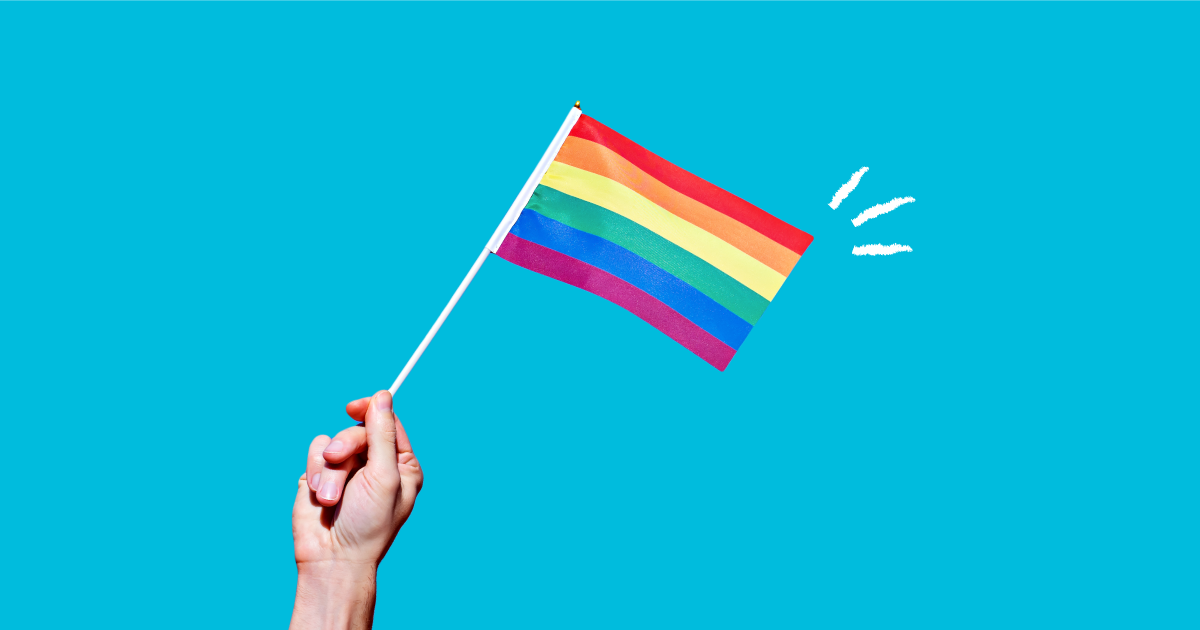 I have always fit in. I was popular in high school. Vice President of my sorority in college. I had friends who mostly identified as straight. Early on in my career, I spent happy hours laughing with my coworkers about bad dates with boys. I had a Patrick Swayze poster on my childhood bedroom wall (though to this day, I argue he is a man for all sexual preferences). I blended in while also marching to the beat of my own drum. I have never lived by the status quo, but also never truly wanted to stand out that much in that way.

It wasn’t until my early 20s that I came out to close friends and family. Overall, it was a wonderfully positive experience. There were a few people who recommended that I don’t tell anyone at work. If it was a “phase” or I “changed my mind,” I wouldn’t want to be labeled something I wasn’t. In the late ’90s and early aughts, there was no term for “gender fluidity” in the lexicon. No gray line to blur gender and sexual expression. You were either gay, straight or a “confused” bisexual.

Society paints a picture that coming out is a one-day occurrence, accompanied by a parade and glitter. In fact, the idea of coming out has always bothered me, because you don’t just come out one time. You come out over and over and over again, for the rest of your life. Every time I start a new job, I come out. Every time I take my partner on a date, I come out. Every time I tell a joke on stage as a standup comedian, I come out. Coming out is almost a weekly occurrence, and no matter how confident you are, there will always be a ritual of declaring yourself to the world, even in the smallest of scenarios.

Now 15 years later, I am more comfortable in my career and in my own skin. Part of this is due to time, but also due to the changing mindset of workplace diversity and equality. I have gone from being told to not come out at work, to writing a blog on the very thing I was told to keep secret.

The question now becomes, what is my experience with being both an advertiser and a consumer in a world that is just now starting to honor diversity?

As a member of the queer community, I feel as though I have a responsibility as a marketer to think about trends and representation. I am always the minority at my job as one of a handful of LGBT+ colleagues. And although everyone loves celebrating Pride in June and sporting rainbow koozies, what does it truly mean to be a minority voice in the workplace?

Company culture may be shifting away from the good ole boys network of cis-het white men being the sole decision-makers, but the truth is that most workplaces are still run by straight white men.

According to a 2020 study, 9.1% of millennials and 16% of Gen Z in the U.S. identify as LGBT. However, the queer community is one of the country’s biggest spenders, with LGBTQ buying power reaching over $1 trillion. And yet, this group is vastly underrepresented in marketing.

I call this closeted marketing — where brands are too hesitant to come out and support the LGBT+ community. Do brands deem it too risky, or do they just not know how to market to this growing demographic?

Personally, I think both are true. It seems like a huge missed opportunity to not include the LGBT+ community in marketing.

If you look back at some marketing moments, trends have been majorly influenced by queer culture for decades. But queer people don’t get the recognition they deserve.

Imagine literally changing culture, but never having a seat at the table.

Did you know that the term “vogue” wasn’t started by Madonna? In fact, its deep roots started in New York City’s underground Black and Latinx LGBTQ subculture known as drag balls in the ’80s and ’90s. Drag balls were a gathering place where marginalized groups battled against one another in dance, fashion and voguing — body expressions and movements inspired by the poses of models in high-fashion magazines.

As the voguing scene grew, it attracted pop icon Madonna, who saw the moves for the first time at New York’s infamous Sound Factory. She hired voguing superstar Jose Gutierrez from the House of Xtravaganza to help her choreograph her upcoming video. Madonna’s “Vogue” was a massive hit, reaching number one in more than 30 countries after its March 1990 release.

Another major female pop star who was influenced by queer culture is Taylor Swift. Her album folklore was a direct nod to cottagecore, a woodsy aesthetic filled with flowy skirts, floral tea sets and fantastical cabins in the woods that usually appear on social channels like Instagram and TikTok. Taylor Swift made the cottegecore aesthetic mainstream even though the term was primarily used by queer culture, particularly the lesbian and female bisexual community who yearned for an escape from heteronormative society. A literal escape into the woods.

Madonna and Taylor Swift are just two examples of popular names who took trends rooted in queer identity and popularized them for the mainstream. On one hand, it’s wonderful to see queer influences in culture, but on the other hand, queer voices need to be lifted up and acknowledged for their part in pop culture.

As I reflect upon the ways LGBT+ trendsetters have moved, shaken and shattered the rainbow ceiling, I call upon all brands and businesses to assess whether they are including queer folks in their marketing strategies, and if not, why that is. Like all demographics, we are here. And we are proud. Many of us have lived years in the closet, always questioning whether to come out, whether to a new crush or a new career. When we see ourselves represented in marketing, it means more than just seeing a product. It’s a brand saying “We see you,” when so many times in our lives we were unseen. Queer people should be in the C-suite. We should be in commercials. And we should be celebrated as consumers.

Queer people need more than just a seat at the table. We’re ready to lead the whole parade. Bring the glitter.