The Quips and Quirks of Nebo Culture 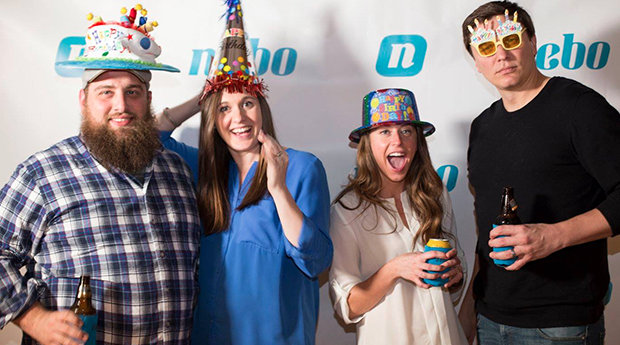 You know what they say about spending time with people: Hang around them long enough and you’ll learn their every quirk. And here at Nebo, we’re convinced there’s nothing better.

We believe quirks and culture go happily hand in hand. That’s why we ring a gong for every site launch and why we dedicate random Fridays to ping-pong and chili.

And it’s why we’re getting to the bottom of what makes Nebo, well, “Nebo.” Last week marked the beginning of our office-wide survey series asking about everything from our sports preferences to our traffic coping mechanisms. Here’s a look at the big takeaways from our first week of investigation!

What’s your alcohol of choice?

Beer Friday is one of our time-honored traditions, but it could perhaps benefit from an extra bottle or two of Merlot and Riesling. A whopping 41.7 percent of Nebo chose Wine as their alcohol of choice, with Beer (25 percent), Liquor (22.2 percent) and Cider (11.1 percent) all lagging behind.

Dressgate Rages On (Hopefully Not for Long)

Was the dress Blue and Black or White and Gold?

Remember the dress fiasco from last year? Apparently we’re still split on the topic. We had 49.3 percent vote correctly “black and blue” and 50.7 percent vote incorrectly for white and gold. Still torn? Maybe this will help.

Pick a Sport, Any Sport!

What sport would you have picked for today’s tournament?

Well what do you know? It seems Nebo was pretty on board with last Friday’s tournament, as ping-pong received the most votes out of any sport with nine votes! Of course, I emphasize sport because “Sports? Lol” actually carried the day with 10 votes.

What do you identify as regarding the food you eat?

Some people may have been surprised to see only one vegetarian chili appear last week. But after checking our poll, one pot makes quite a lot of sense. With a 66.7 percent majority, omnivores make up the largest group of Nebo employees. What should have been more startling was the fact we weren’t left with pots of beans and tomatoes picked clean of meat — because 26.4 percent of Nebo identified as carnivores.

An Apple a Day

Are you an Android or an Apple?

As far as what type of phones we use, Apple carried the day with more than 76.4 percent of votes. Android took the rest, and the poor, poor Windows Phone didn’t even receive a single pity vote.

What are you most likely to be listening to on your way to work?

It turns out we’re evenly split between listening to our own music and tuning into the radio while we’re in the car — with the occasional podcast tossed in here and there. “Radio” and “My Music” both received 28 votes. If you ever tag along for a ride with someone from Nebo, there’s a good chance you’ll get your dose of radio or hear the sweet beats of their favorite tunes.

We learned some interesting tidbits this time around, but it was just the start. We plan to continue taking these weekly polls and compiling data on everything and anything, all in hopes of answering the ever-pressing question: who are we?

The answer is out there, and though we may not know where it lies, we’re starting out on this journey together. 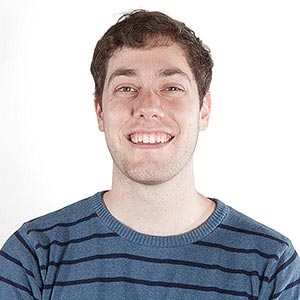