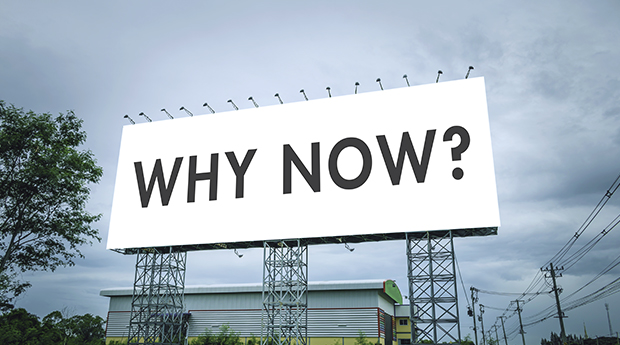 Even though the Supreme Court ruling is pretty recent, “gay” ads are nothing new to me. These “before” ads you’d see prior to the law passing looked a lot like this:

Lets be honest here: Even though that Gun Oil ad is all kinds of touching, these ads were only intended for the Kylie Minogue Sexercisers and Cher Impersonators. The only place you’d find them was in the local gay rags and on LogoTV.

You could count on a lot of racy and a whole lot of sexual. (Clearly, these ads were meant to grab the attention of everyone at Judy Garland’s funeral.) But their sexual nature also meant these ads were often banned. Like this one from Jawbone:

Like I said: racy and sexual. Now that you’re all hot and bothered from that last ad, let’s move on to the point.

Prior to the Supreme Court ruling in 2015, 37 states already recognized gay marriage as legal. And yet, the majority of brands putting out “gay” ads produced marketing materials that looked like those from Absolut and Orbitz.

It wasn’t until same-sex marriage became a serious issue in our legal system that marketers started showing more “wholesome” ads and riding the coattails of our hard work and our battle — one that we’ve been fighting for years. (It’s not like I started listening to Celine Dion and Gloria Gaynor yesterday. Trust me, it’s been a while.)

Right before and shortly after the historic law passed, the occurrence of “gay” ads increased drastically, but these new ads weren’t like the ones we’d seen before. Companies that had no interest in showing same-sex commercials before the ruling, like Tiffany & Co. and Tylenol, suddenly went out of their way to show their “support.” 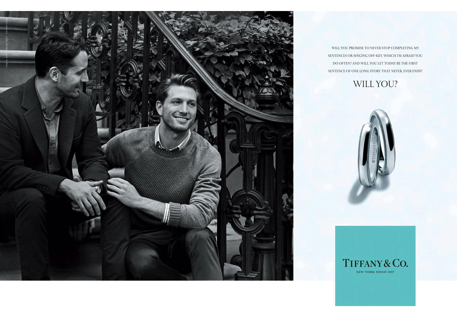 We even saw companies like Dollar Shave Club, Campbell’s and Mattel came out with their versions of the “gay” ad: 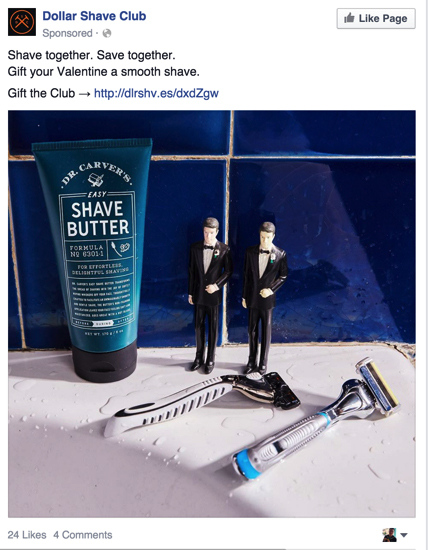 Let’s all pause to collectively roll our eyes. I guess these companies tried, but this isn’t little league and you don’t get a trophy for participating. Dollar Shave Club’s social post deviated from their typical style, which made it feel inauthentic and forced. Instead of taking the time to create high-quality work that would connect with their audience, they took the easy way out.

And don’t get me started on Barbie. I’m not going to lie, Barbie is Fierce. But even Mattel called the ad a “fauxmercial.” It was created by Moschino creative director Jeremy Scott (the boy is supposed to be a childhood version of Scott himself), and is hosted on their YouTube channel, not Mattel’s. Even though Mattel was praised for breaking gender norms and including a boy in an ad, they’ve never made the same decision on their own. The initial press was enough civic duty, I guess.

Very few brands stood up and took a stand years ago. Only after the battle was nearly over did other companies start to jump on the bandwagon — and when they did, not many of them took the time to follow the basic rules of successful marketing: know your audience, and be authentic. They just threw out whatever they could quickly toss together to make it seem like they cared about an entire group of people they had previously ignored.

The most important lesson here is that Cher is the greatest musical genius of all time. Well, not really (I mean she obviously is, but that’s not what you should take away from all this).

Both society and marketers have a say in influencing media. When same-sex marriage became legal, a large portion of society showed their support, which influenced marketers and encouraged them to show ads that represent the LGBT community as family-oriented, wholesome people. But marketers have just as much of a say. We all know Britney Spears and Madonna wouldn’t have careers without them.

Both sides can influence one another to achieve our goals and maybe even make the world a better place (or at least a place where I can dance to Madonna at my wedding some day). You can even argue that we have a responsibility to do so. Standing up for something won’t always be received well — whether you’re a brand or an agency or an individual — and there will always be people who disagree.

So don’t be a bandwagon supporter. If you think it’s the right thing to do, jump in and do the thing. And take the time to do it right. These girls did!

I suggest some of those ads, regardless of initial motive, simply come from not understanding the target audience. As you pointed out they need to "know your audience." The serious ones will. The others won't. The buying public will sort it out at the cash register. For me, ads for commercial products aren't the place for issue airing. I'm gonna buy "x brand" beer because I like it, or not buy it because I don't, not because of an ad. (Although I do understand the general public do succumb.) The ad industry seems to be pretty much non-discriminatory...There are lots of stupid and ignorant ads out there targeting men, women, heterosexuals, you name it, as well. Let's give 'em time to shake out the new territory and find the right path.

First off, let me say that was an insightful read with some comedic moments. I can't help but seriously ponder about your question. Is it genuine or is it a marketing ploy? I've thought about this for a while, but now I'm even more curious. I think it could be a little of both. I feel like some brands held off because they were worried what some of their longtime consumers might think (e.g., the Cheerios ad with the interracial parents). At the same time, I feel as if some brands just jumped on the bandwagon to pander to the serious purchasing power of the gay community. I'd like to believe that some brands genuinely support the LGBTQ community, but time will tell.