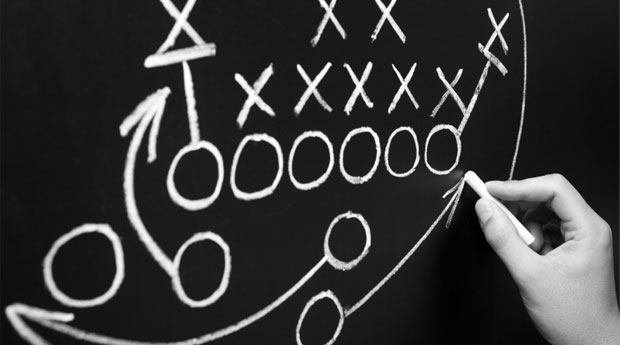 Everyone loves to talk about strategy. Unfortunately, the term has been overused and is now so broad and all-encompassing that it's mostly meaningless.

A mistake common to both entrepreneurs and business leaders is confusing goals with strategy. Doubling revenue isn't a strategy. Increasing retention by 50% isn't a strategy. Those are goals. A goal outlines where you want to be, a strategy outlines what needs to happen to get you there. The obstacles that have to be removed or overcome, the questions that will have to be answered, and the changes you need to implement operationally to achieve your goals.

Leading charismatically and establishing a clear vision has value. However, it shouldn't be confused with strategy. Vision is a good starting point. Everyone wants to be the leader in their field, to be the best and to redefine the industry. But wanting something badly isn't a recipe for achieving it. Instead you have to take your high-level vision and make it actionable.

Posting a blog three times week is not a strategy. It's a tactic. Creating a facebook page is the same thing. And so is SEO. Too often we focus on tactics because they're easier. Getting buy in on a single, focused strategy is hard. If your goal is to create a loyal audience who loves your brand, then you have to have a strategy to gain their trust and permission. Tactics aren't enough. Think about the reasons behind your actions, not just the actions themselves.

The worst thing you can do is to pretend you have a strategy when you don't. The good news is that strategy isn't something that requires complex frameworks or a slew of MBA degrees.

Napoleon had a pretty good strategy when it came to 19th century warfare and he never went to business school. Strategy isn't easy. You have to understand your market, your customers, your direct and indirect competitors, and the intricacies of the systems in which you operate. But, a good strategy is invaluable. It aligns your team, sets the problem in concrete terms and allows people to understand the why behind the actions. Without a clear strategy, you won't be able to achieve your goals.

This site is telling about people Strategic Planning Principles to Reach Your Goals. It's a very knowledgeable site for ours. we all people should do hard work in life, and got the goals.