Nothing Will Stop Us from Celebrating National Chocolate Chip Day. Nothing. 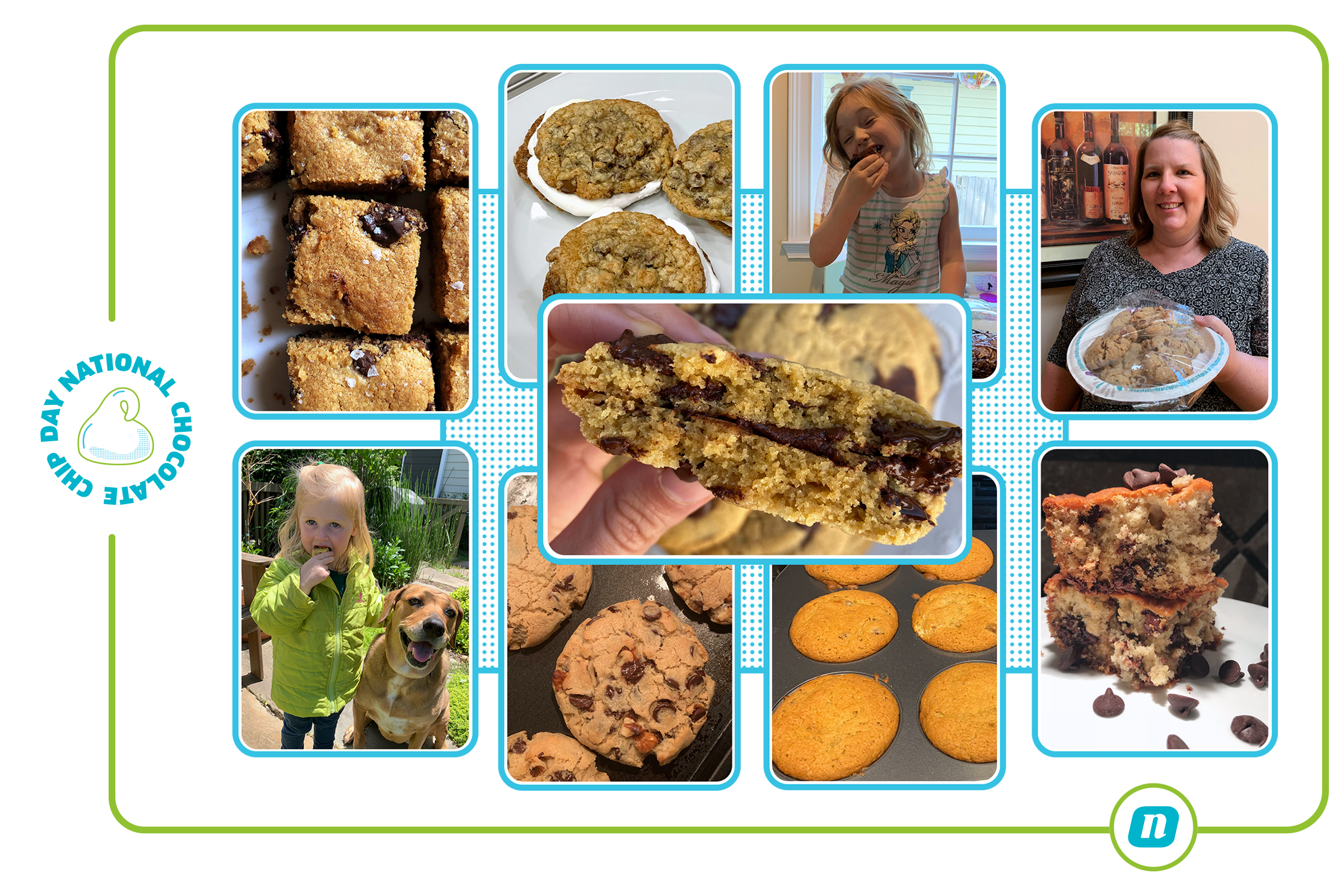 It’s no secret that we love food here at Nebo. We will find any excuse to throw a chili cook-off, host a cookie swap, celebrate a national food day or even create our own (National Peanut Butter Sandwich Day, 2/24 — put it on your calendars, folks).

When we heard that May 15 was National Chocolate Chip Day, we knew we wanted to do something special, even if we couldn’t be together in the office. So last week, we reached out to our coworkers and asked them to share their favorite chocolate chip creations with us. And let’s just say, they 👏 did 👏 not 👏 disappoint.

From cookies to cheesecake bars, the possibilities are endless! Check out what our coworkers created below.

Amanda Oliver, our director of social and PR, created these one-bowl blondies. “These are easy to make and taste delicious!” says Amanda. By the look of it, we couldn’t agree more. 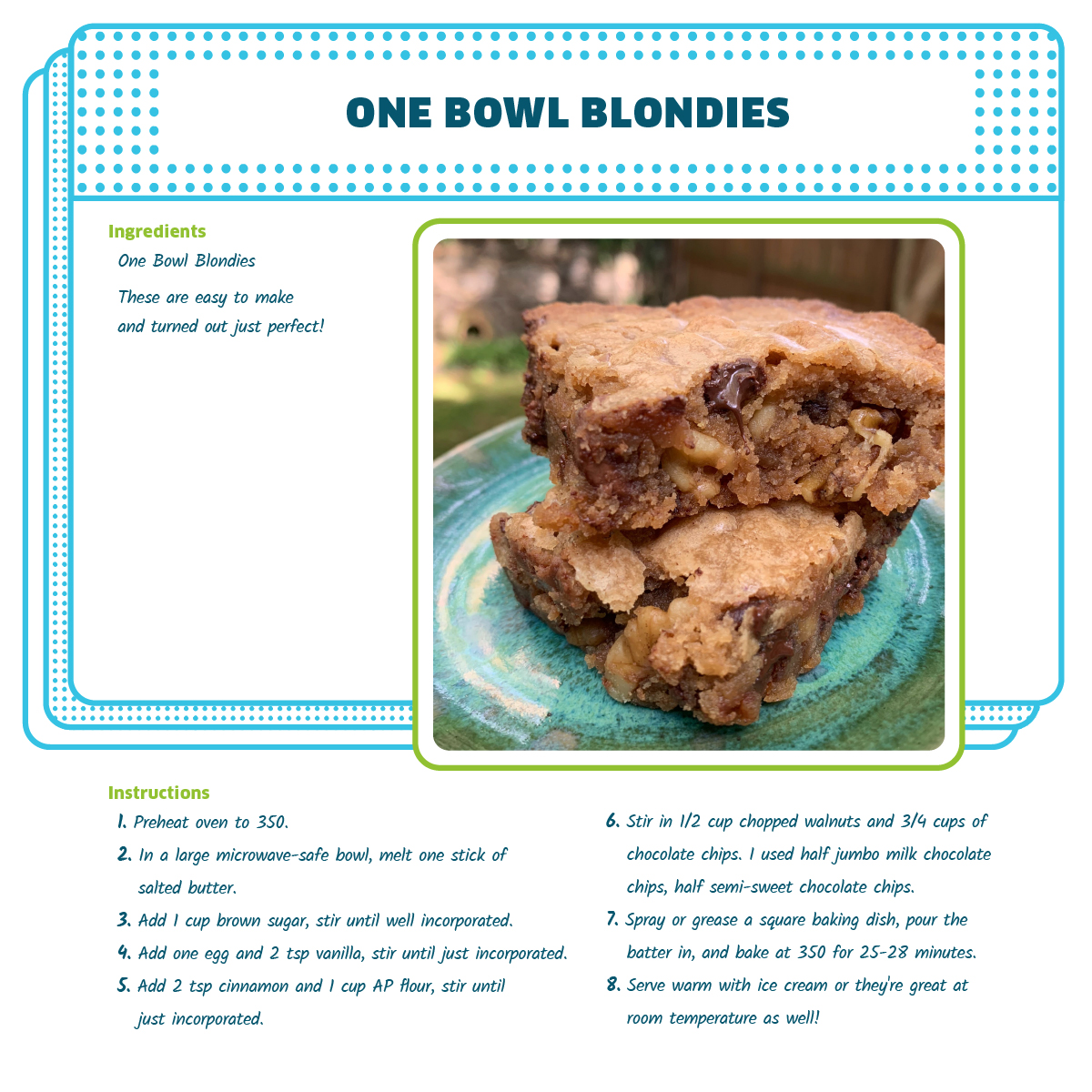 Sam Sims, our traffic director, made these tasty cheesecake bars with her three-year-old daughter, Hannah. Trying this recipe had been on their to-do list for a while, but most importantly, Sam says, “Cooking is a great way to kill time with a threenager.” 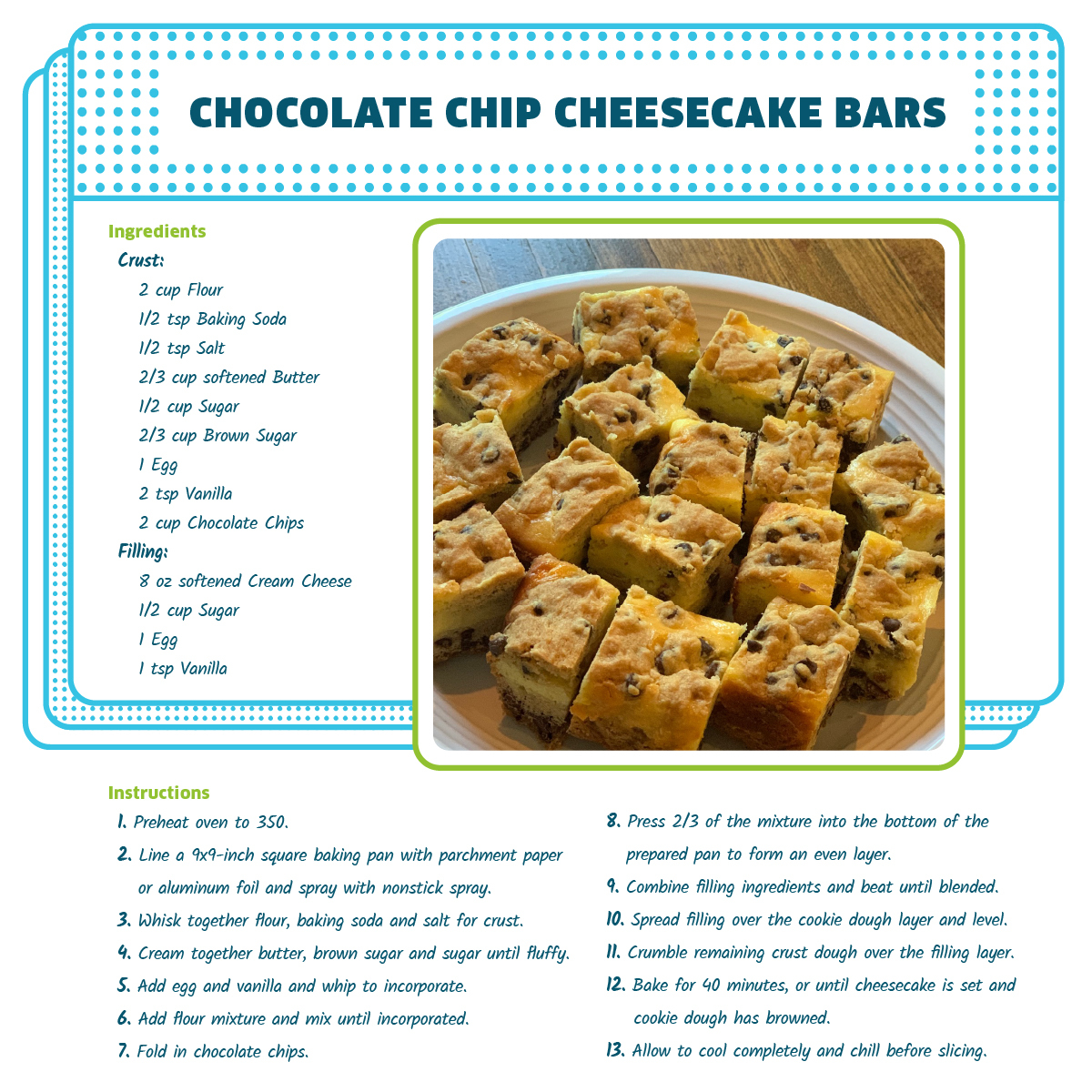 Stephanie Wallace, vice president of earned media, made brownies with her daughter, Sophia. This recipe hails from a London restaurant named Duck & Waffle, where Stephanie’s friend was a pastry chef.

“This does require a scale since the recipe is in grams,” says Stephanie, “but it's the richest, moistest and most delicious brownie ever.” 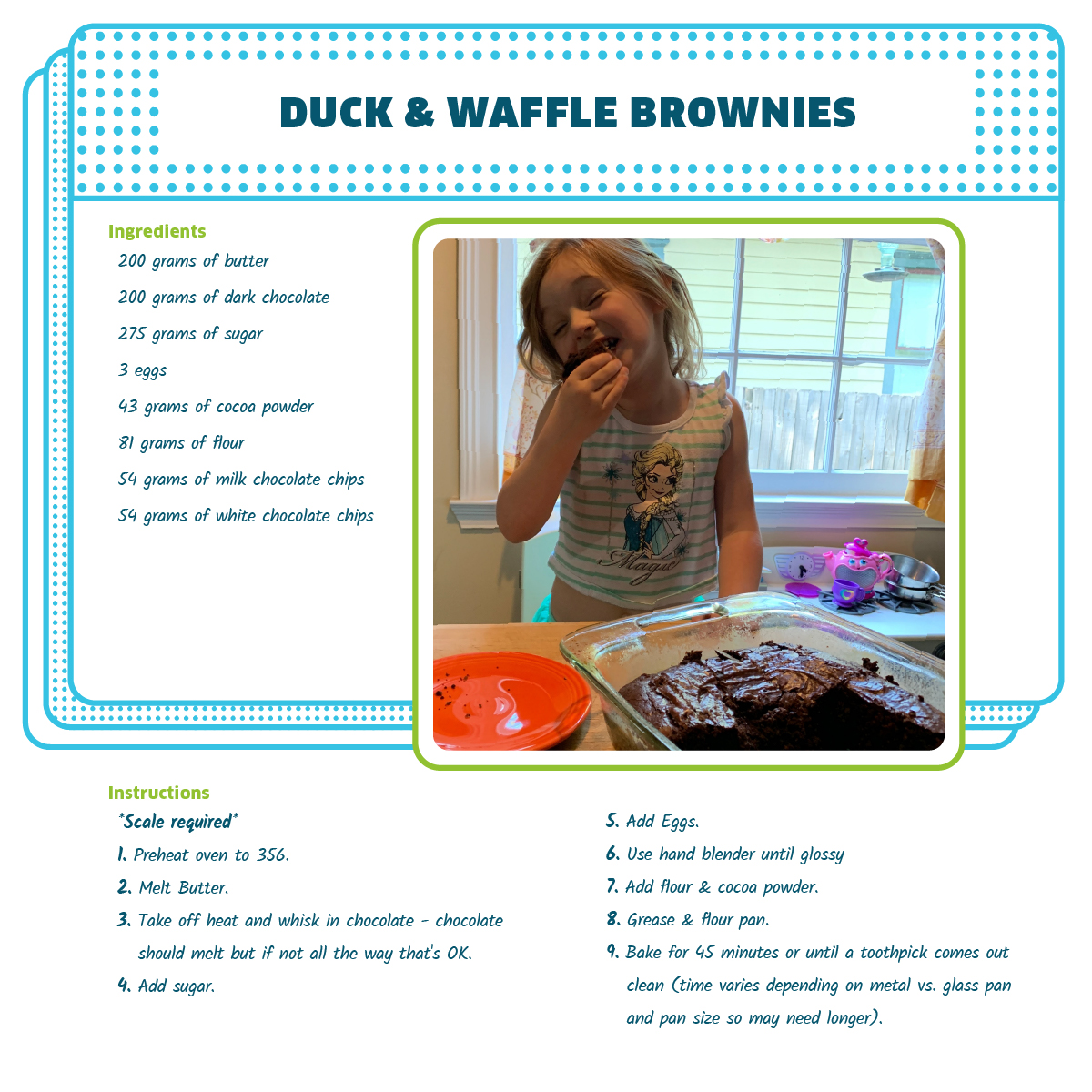 Senior strategist Brian Alsobrook was inspired to make his chocolate chip cookies by a trip to NYC, where he experienced the delicious, chewy cookies from Levain Bakery. He found the recipe on Reddit a few months back. This was his second and successful attempt after he undercooked and then overcooked them on his first try.

“Despite being quarantined at home, this gives me a chance to eat something I associate with travel and new experiences,” Brian says. “Plus it's delicious, which is really the main draw.” 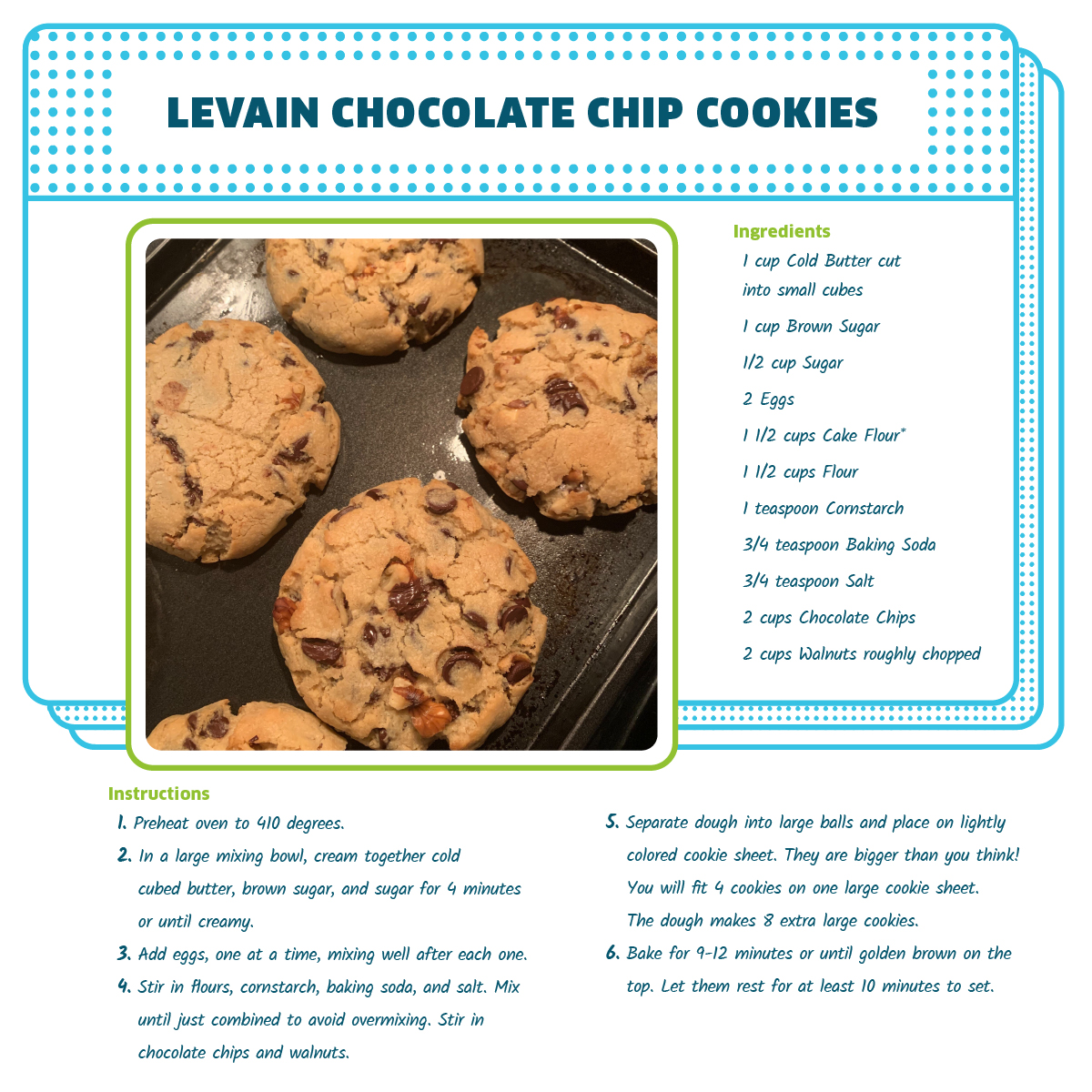 Zombie Baby, our undead office mascot, decided he would make an amazing recipe for Chocolate Chip Day. Turns out, he can’t read. So instead, our director of HR, Sherry bailed him out with this fabulous chippy creation.

We present to you, Zombie Baby’s amuse-bouche chocolate noir. (Like he even knows what that is.) 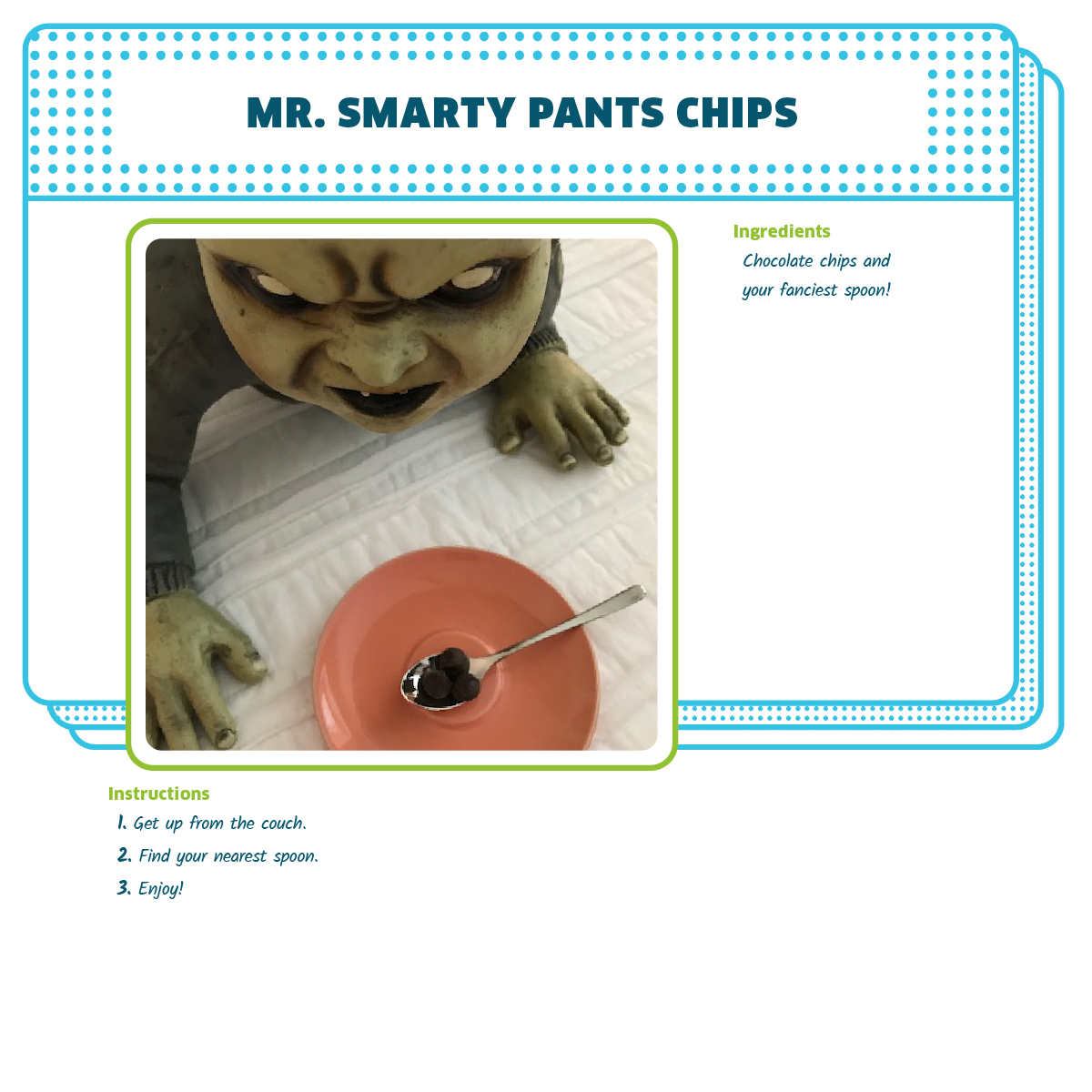