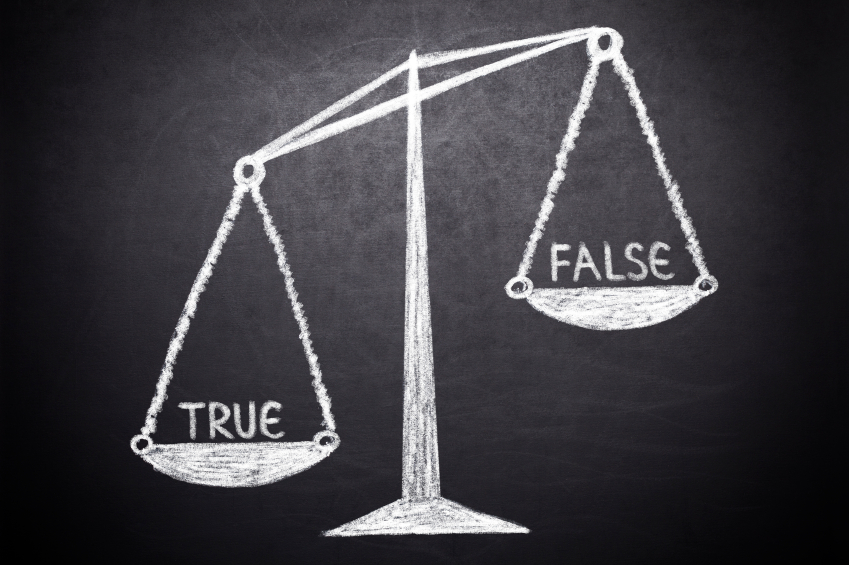 In marketing, we talk a lot about worldviews. You can’t be everything to everyone, so instead, you find an audience, you work to understand their worldviews and you create marketing that resonates with them.

It’s why Starbucks recently ran ads in major newspapers asking people “To go beyond the hatred and vitriol” and find unity during the political process, and why brands as varied as Disney, the NFL, MailChimp and Salesforce took a stand against discrimination and released statements against Georgia’s recent religious freedom bill. They all wanted to align themselves with the core beliefs of their audiences. But, catering to pre-existing worldviews can also have a downside. It can lead your audience to share and believe a story that in fact isn’t even true.

By now, you’ve heard about the mess at Emory. The one that involved chalk pro-Trump graffiti on campus, and spurred news reports that Emory’s students were so affected, so terrified, that they were given emergency counseling to help with their fear and emotional overload.

What you might not have heard is the truth. Yes, pro-Trump graffiti appeared overnight at Emory. Yes, it was outside the designated area for chalk markings. Yes, the students protested it. But under no circumstances did the administration offer counseling, were students terrified, or did students state their “safe space” was violated.

The question is, how did this circulate so widely and so quickly? And why didn’t anyone question it?

First, and perhaps most importantly, is the story perfectly represents a worldview and corresponding narrative that many people are pushing. Namely, this view says college is overly liberal, students are coddled, and political correctness is out of control. So, when this story appeared and it matched this exact worldview, it wasn’t even questioned despite the fact that the premise was entirely ridiculous. People were so set in this view, so used to seeing stories that cater to this view, that the Emory story was accepted without question.

Secondly, it’s important to note that we live in a hyper-connected world in which circular reporting reigns supreme. Think of how many sources you’ve seen containing the same piece of information. What you don’t see is that the information actually comes from only one single source. Which means, due to our networked world, all it takes is a single inaccurate source to create a systematic error that causes incorrect information to spread like wildfire. In the case of the Emory story, the original source was the Emory Wheel, the school’s student-run newspaper. The only mention of counseling was in the comments section, and “safe space” was used in paraphrase. But Twitter users were taking control, and soon, Mediate published an article that stated the students had been offered emergency counseling. Per circular reporting, the rumor spread from there.

There’s a lesson here. If a story fits almost too perfectly with our own pre-existing narratives we need to be skeptical of it. In this world, we’re all publishers of content and we have a responsibility to dig a little deeper and see if the stories we’re spreading are actually true.

So let’s also promise to pause for a moment, take a deep breath and maybe even visit snopes.com, before you share that next outrageous story on your social feed.

This is a very good option for activating my alarm app in windows 10 computer system. Learn and apply to use one of the most interesting Feature of Microsoft.

The story as spread in the media was "Mostly False" as the Snopes article clearly states and goes into detail. The purpose of this post was to talk about how and why things that are "Mostly False" spread quickly, and the reasons it happened. Regarding single sourcing, "the sole citation for the "counseling" claim was the same Emory Wheel article which, again, made no mention of any such offer or demand." This is a classic case of circular reporting. Mediaite made a false report, then the Daily News writes about, then Fox Sports posted about it, then Mediaite links back to Fox Sports as an additional source verifying the claim. It's pretty text book example of how a single incorrect source can lead to circular reporting. A great, non-political example of this phenomena is explained here if you're interested --> http://www.newyorker.com/tech/elements/how-a-raccoon-became-an-aardvark

"Yes, the students protested it. But under no circumstances did the administration offer counseling, were students terrified, or did students state their “safe space” was violated."

Actually, while counseling was not offered and that part of the story was faked, the reports of the initial response, and the students being "terrified" (or rather scared), was not fake as this article suggests.

The snopes article, too, only says that the "emergency counseling" story was fake. The initial story, detailing how the students were scared, was not limited to a single source and was reported on the website for Emory's own newspaper (The Wheel). It was also reported on the local news. BTW at least one of the local news stations is about a mile from the Emory campus.