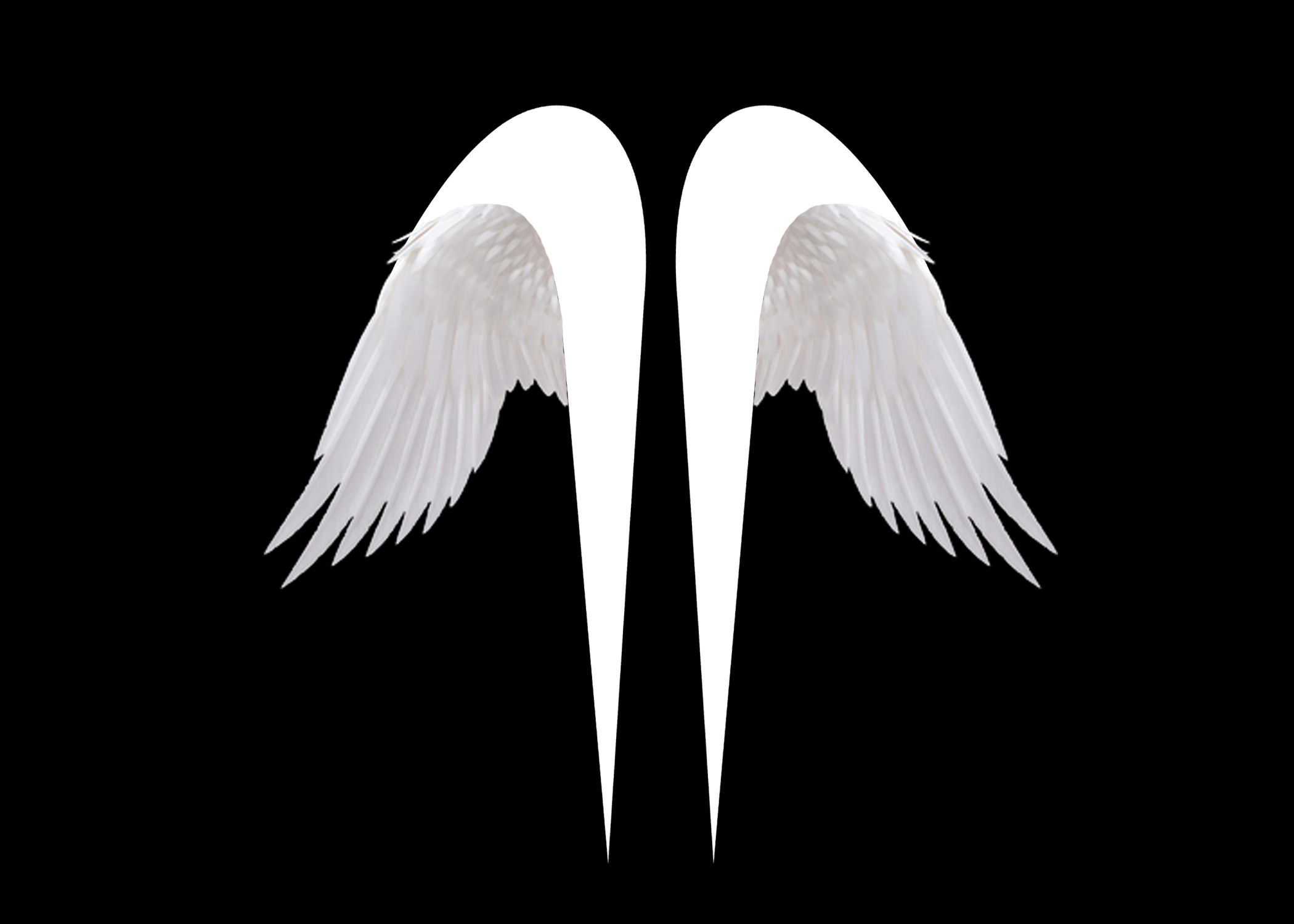 As you cooked up your fantasy draft, somewhere in the back of your mind, you were wondering: Would the national anthem controversy rear its head this football season?

​Featuring the triumphs of amatuer and professional athletes, the ad challenges viewers to think bigger. Break records. And dream crazy. Even if, like Colin, it costs you everything.

In the days after the ad was released, the internet was — literally — on fire with flaming sneakers. Nike lost a whole lot of customers that day. But the ballsy move also meant big money for the shoe giant. Sales jumped 31 percent and Nike’s stock price soared.

The Rise of Corporate Conscience

When it comes to politics, more corporations like Nike are speaking their minds. When President Trump reduced the size of two national monuments, Patagonia placed a black screen over its homepage and lodged a serious accusation: “The President Stole Your Land.” Then the outdoor giant slapped the White House with a lawsuit related to the land grab.

Not controversial enough for you? In 2015, Salesforce helped water down an Indiana religious freedom bill that allowed businesses to discriminate against gay people. A year later, Apple and eBay tried to block North Carolina’s transgender bathroom bill. And Microsoft recently vowed to protect its Dreamer employees from deportation.

Gun control laws are all but DOA in Congress, but Dick’s Sporting Goods hit the gun lobby where it hurts when they ended sales of assault-style rifles and high-capacity magazines. Meanwhile, Delta, United and Hertz all entered the fray by rescinding corporate perks and discounts for NRA members.

Of course there have always been the ExxonMobils on the right and the Ben & Jerrys on the left. But compare the Nike of the 1990s with the Nike of today. The “If You Let Me Play” campaign served as a clarion call for getting girls into sports, but 1990s Nike wouldn’t have touched police brutality with a 10-foot basketball goal.

In the 1990s, Michael Jordan was the king of basketball — the king of sports, really. And this monarch repped for Nike, the decade’s most powerful sports apparel brand. It was important that everyone liked Mike.

But today we have LeBron James, and this new king of the court has campaigned for Hillary Clinton and the Black Lives Matter movement. Jordan, in contrast, stayed silent about the Gulf War and the L.A. Riots.

So, in this new era of Colin and LeBron, why are corporations speaking out? And exactly who are they doing it for? Well, we’ve got a few reasons right here.

For years, marketing gurus have chased the ephemeral cool of the 18-to-34 crowd. They’re young. They’ve got money to spend. And they want to look cool while doing it. Lately, that coveted demographic is made up of millennials and Gen Zers — the most diverse and inclusive generations yet.

These activist consumers rep liberal values and they expect their favorite companies to take a stand. They’ll post videos of authorities behaving badly. They launch grassroots social media protests. And they only patronize and evangelize brands they believe in.

With millennials and Gen Zers holding more consumer sway, companies are starting to recognize the dangers of staying silent. A recent Sprout Social poll found that two-thirds of consumers want companies to speak out. And the channel where they’re most receptive to such messages? Social media, of course.

And if you’re wondering why there are more Patagonias and Levi’s than Papa Johns and Chick-fil-As, there’s a reason for that too. The Sprout survey found that liberals were much more receptive to brands tackling tough issues — 78 percent compared to 52 percent of conservatives.

In the ’90s, there were four networks and a few dozen cable channels. These days, there are hundreds of cable channels, social media sites and video platforms like Vimeo and YouTube.

In our red-state blue-state of mind, everything is political. Publix vs. Trader Joe’s. Arugula vs. iceberg. Any product or brand can be boiled down to its red or blue essence. So politics, it seems, is just another way to differentiate your brand from competitors.

When offered the opportunity to purchase deeply discounted Amazon gift cards, consumers were twice as likely to purchase one from a company that matched their political affiliation.

In this increasingly divided, Target-or-Walmart world, every choice a consumer makes reinforces their tribalist identity. To rake in the profits, corporations need to find their niche and double down. Nike knew what it was doing.

3. Forces Within — and Without

With the U.S. economy churning at full speed, unemployment is the lowest it’s been in years. That means companies are battling each other to win and retain top talent. And it turns out the best and the brightest like working for companies that stand for something. Half of all senior executives at large corporations want their C-suite to speak out — on everything from gun control and climate change to immigration.

Many corporations also know that values play a major role in determining where millennials work. In fact, 44 percent of millennials say they would feel more loyalty to their CEO if they took a stand on important issues. And 51 percent of these bright young things are more likely to buy products from companies with activist CEOs.

Derided as slacktivism, taking a stand on social media is the millennial’s favorite way of making their voice heard. If you’ve ever lodged a complaint on a brand’s social media page, you know that every tweet counts.

In recent years, social media boycotts have even taken down the likes of Bill O’Reilly, as a cascade of companies were pressured to stop running ads on his show. There’s no customer service line for civil rights, but when it comes to viral videos and social media posts, we’re getting pretty darn close.

4. The Weight of History

Women’s rights, civil rights, gay rights. Every great societal shift comes with a tipping point. The consensus becomes overwhelming, and those who stand in opposition get washed away.

ExxonMobil now acknowledges climate change. And 96 percent of Fortune 500s have policies that protect their LGBTQ employees. Nike hiring Colin Kaepernick is a sign that Black Lives Matter has gone mainstream. With one two-minute ad, the company gave the movement its tipping point.

In the business community, there is little debate about the need to support civil rights and inclusionary hiring practices. The companies of tomorrow want to hire from the biggest possible talent pool. Perhaps that’s why many CEOs resigned from President Trump’s business advisory council in the wake of the Charlottesville attack.

Of the world’s top 100 economies, 69 are companies. Right or wrong, these country-sized corporations are stepping into the breach, filling voids once held by religious, civic and community institutions. While Washington stalls out in endless gridlock, companies are working outside the system, influencing policy and making decisions that impact all of us.

Remember that episode of Mad Men where Don Draper triumphantly pens his manifesto, “Why I’m Quitting Tobacco”? Well, the backstory is a bit less heroic. Sterling Cooper lost Lucky Strikes, their one and only tobacco client, and they were looking to save face, make a splash and have their revenge.

Today’s corporate activism isn’t much different. It’s a blend of heartfelt convictions and looking out for the bottom line. Fortune 500s are, after all, money-making ventures with stockholders that put profits above all else.

Dick’s made a major splash with its ban on assault-style weapons, but it only sold such guns at 35 of its 750 stores. No doubt the company looked at these numbers, which had been declining for years, and decided they could cut their losses and score a major win with their other customers — kayakers, cyclists and weekend warriors.

So, was Nike’s Dream Crazy ad really all that crazy? Probably not. Nike’s core audience isn’t hunters and fishermen, it’s basketball players, runners and kids who just want to look cool. Many are people of color, who may already support Kaepernick’s cause. Nike probably assumed that these groups would be willing to shell out more money just to show their support. And they were right.

Whether you agree with it or not, corporate activism is here to stay. And since companies rarely work against their own interests, the best we can hope for is activism that reflects the values of their customers. So it’s up to us — the consumers — to keep pushing companies to get the world we want.

People want to think in binaries... it’s either “they’re ONLY doing this to capitalize on a touchy issue to go viral/get free publicity” or “they were 100% standing up for what’s right and had zero business motives involved.”

I realized today that not only did Nike potentially alienate a lot of average, day-to-day consumers... they also alienated the NFL... which I would imagine is one of their BIGGEST customers.

It’ll be interesting to see what happens.

Exactly how I feel. Being LGBTQ, I appreciate the sentiment of a big brand advocating for the gays, but I'm not overwhelmed with trembling thanks just because they stick a rainbow on something once in a while. I think Nike made a consciously progressive move, and a very safe bet.