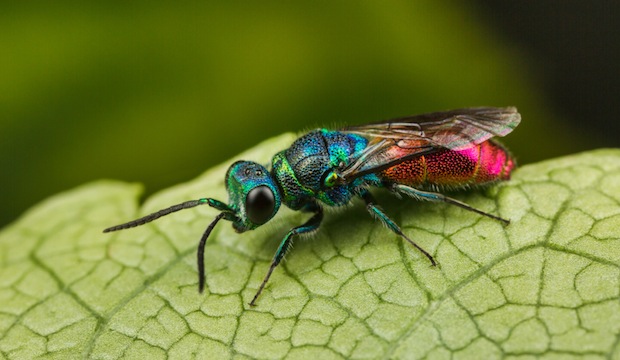 The Jewel Wasp is perhaps the craziest parasite in nature, and it has a pretty interesting method of getting other bugs to do what it wants.

It actually enslaves cockroaches by stinging their brains and injecting a mind-controlling venom. According to Wired, “The wasp then leads the zombified roach by its antenna to a chamber, where it lays a single egg on its perfectly relaxed host and seals it inside with pebbles. Here, the larva bores into the cockroach and feeds off its organs before killing it and emerging from its corpse into the light of day.”

Unfortunately for designers and marketers, we possess no such venom. Even if we did, using it to get our users to take a desired action would be highly unethical. Not to mention highly illegal.

But that doesn’t mean we don’t have tools at our disposal to influence behavior. We do. And the first one is gaining a comprehensive understanding of why people do what they do.

In the 1800s, we developed our original understanding of human behavior, called the “Rational Actor” model. It posits that human beings are essentially operating systems that will predictably engage in behaviors that maximize their own personal advantage.

But we now know that’s not the whole story.

The human being is an operating system, sure, but (like any OS) it’s loaded with bugs. We’ve identified over 100 unique biases in human behavior from the Illusion-of-Truth Effect, to the Just-World Phenomenon, to the Halo Effect.

This means we’re not all that rational after all. In fact, we’re pretty darn irrational. So how do you influence the behavior of an irrational being?

Well, for starters, facts alone aren’t enough. If they were, the Surgeon General’s warning on cigarette packaging would have stopped smoking in its track years ago.

To affect a real change in behavior, we have to dig deeper and appeal to people’s true motivations.

The Importance of Worldview

Someone’s worldview is, basically, the way in which they see the world. It’s “a particular philosophy of life or conception of the world,” and it influences everything they do.

It follows that understanding worldview is the first step to influencing behavior.

Consider the way Republicans and Democrats leverage an understanding of their target audiences’ worldviews in order to frame their arguments. Here’s how each party might express its stance on income inequality (I’m not playing politics here, just pointing out the way an argument can be molded to appeal to a certain type of person): 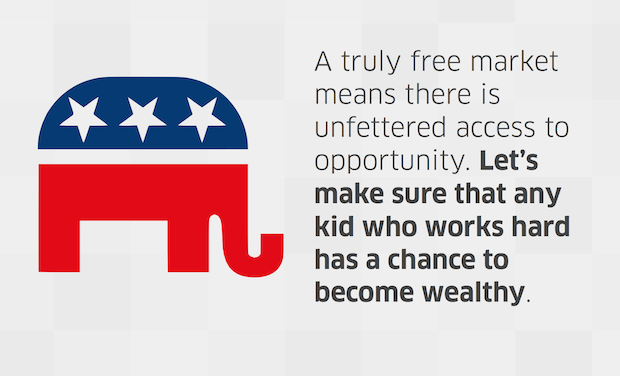 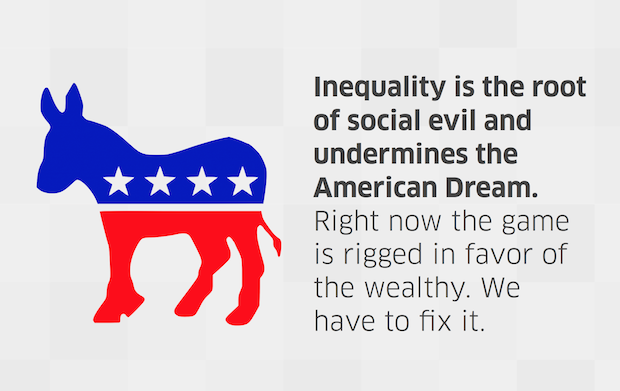 Framing your argument in a way that fits the worldview of your audience is a great start, but that’s all it is. A start.

Just because a person shares your worldview doesn’t mean he or she will do whatever you want. As we’ve established, human behavior is incredibly complex.

The Three Elements of Behavior

According to Dr. BJ Fogg, there are three elements that play off each other and must eventually align before a behavior can occur.

These are things we all desire to some degree, and they compel us to perform behaviors that will allow us to achieve them – to a degree, at least.

How easy or difficult is the behavior to do? It takes a lot to get us to go for a six-mile run or, say, mail in a rebate coupon. On the other hand, it doesn’t take much for us to take a sip of water or Like something on Facebook.

Now, factor in motivation. When we’re highly motivated to do a simple task, we tend to do it. When we have no desire to do something that’s difficult, we tend not to.

But what about that six-mile run? We know it’s going to be hard, but we really want to be healthier. And how easy is it to get someone to take a sip of water – a relatively easy task – when they’re not thirsty?

That’s where the third element of behavior comes into play.

Dr. Fogg notes that “without a Trigger, a target behavior will not happen. Sometimes a Trigger can be external, like an alarm sounding. Other times, the Trigger can come from our daily routine: Walking through the kitchen may trigger us to open the fridge.”

Put it all together and it looks something like this: 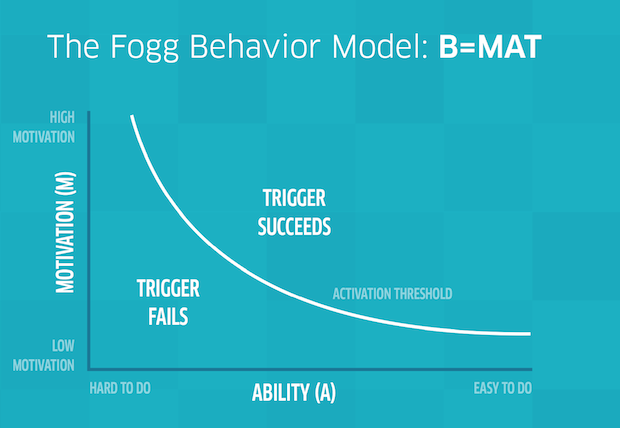 Essentially, the motivation must be greater than the level of difficulty required by the task you’re asking a person to complete. At the same time, both must be accompanied by an appropriately strong trigger, or call-to-action.

This might all sound like a bunch of psychobabbly gobbledygook, but its foundation lies in real science and has been proven effective. The modern designer or marketer must have a basic understanding of human psychology.

Once you understand these core concepts, though, it’s easy to craft some basic guidelines that will make your next design project more effective at eliciting desired behaviors:

Craft your message to fit a person’s existing worldview

Don’t just present the facts. Engage users by showing them something that feels true to them and the way they see the world.

Offer motivation matched to difficulty of the task

Make it worth their while to interact with your site and content. Don’t force people to fill out a super lengthy form just for a whitepaper or other small prize.

Display social proof with reviews or testimonials. Initiate reciprocity by giving something of value away for free before asking for anything in return. Create a sense of scarcity by creating an asset of limited quantity. (Learn more about the principles of persuasion)

Make sure your triggers are noticeable, concrete & timely

Be clear about what it is that you want users to do. If they can’t interpret your triggers, it won’t matter how motivated they are or how easy the task is. The trigger should also occur at the moment when we are motivated and able to perform the behavior.

At some point, it becomes nearly impossible to increase the functional value of a good. But the user experience can always be improved. Experiential design means changing the perception around a product rather than approaching improvement from an engineering standpoint.

Once you get users interacting with your site or content, your next goal should be to get them in the habit of coming back on a regular basis. Do this by requiring only a short time investment and by mixing up your offerings and when you provide them. If you don’t surprise and delight your audience, you won’t find them coming back as frequently.

Capture or measure what the user is doing, communicate it back to them, offer clear rewards for your desired behaviors, and present the user with opportunities to take that action. This is called a feedback loop and can be used to reward users for contributing, engaging, and connecting.

The Jewel Wasp seemingly has it all figured out. A quick injection and the cockroach can be led around by its antenna at the wasp’s discretion. But there is one major drawback to the mind control method – the cockroach dies!

Putting in the time and effort to understand human behavior, and to understand your audience in particular, may never match the Jewel Wasp’s 100% conversion rate. But when you do the research and put it to good use, your users will reap the benefits of better digital experiences.

And isn’t that what really matters?

Thanks Anthony! Glad you enjoyed it.

The goal is always to inspire original thought. ThiS article is definitely a catalyst. Thank you.