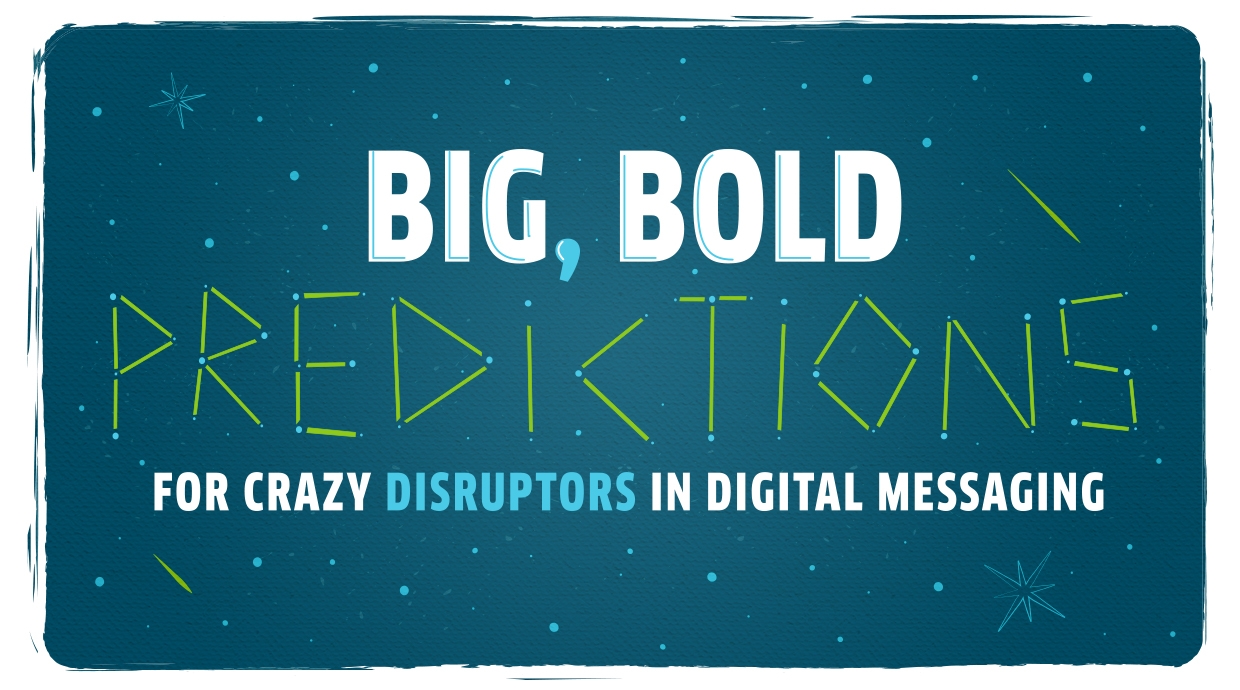 Where once was the carrier pigeon, now there’s email. Smoke signals have become Snapchats, telegraphs are now texts, so on and so forth. The way we communicate with each other is constantly evolving, especially when it comes to digital messaging. Technology advances, what used to be brand new quickly becomes obsolete and marketers have to scramble to keep up.

As the year comes to a close, dozens of “end-of-year-predictions” posts are cropping up, and people like to play it safe. At Nebo, we don’t play it safe. So rather than parrot what everyone else is saying (“Deep machine-learning AI algorithms are the hottest new technology for the tenth year in a row” or “someone will finally find a problem where blockchain is the best solution”, blah blah), we’re taking it a step further.

Will our predictions come true? Maybe. Maybe we’ll go down in history the way Marshall Mcluhan did for predicting the internet way back in 1962. Or maybe we’ll be like Steve Balmer with his 2007 iPhone prediction: “There’s no chance that the iPhone is going to get any significant market share.”

While we won’t be able to give Vegas odds on anything we’re predicting, we will provide a scale of prediction accuracy, ranging from “hard statistical analysis” to “rodent coming out of the ground and predicting the weather for the next 3 months”.

Prediction: Relying on AI is gonna be trouble

Accuracy Level: A fortune cookie that was probably written by an AI 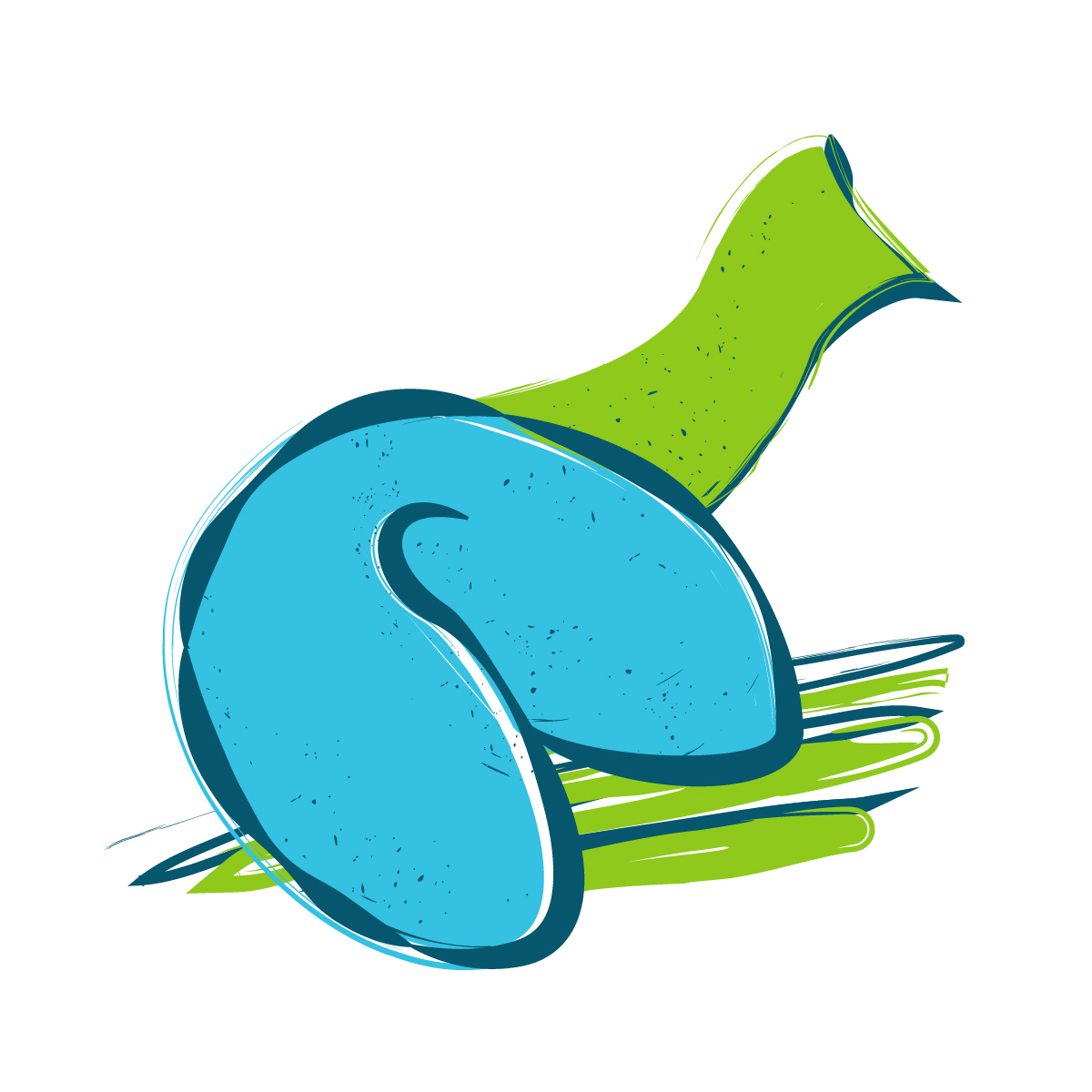 Let’s get the safety pick out of the way first. Two of the most prominent uses of AI are looking to take the guesswork and endless testing out of digital messaging marketing, with the ability to craft the right messaging, timing and medium. Companies like Resulticks figure out what medium and times are most likely to see engagement per customer, and Phrasee will have their AI write perfect copy for your brand.

Prediction: Voice is only getting louder 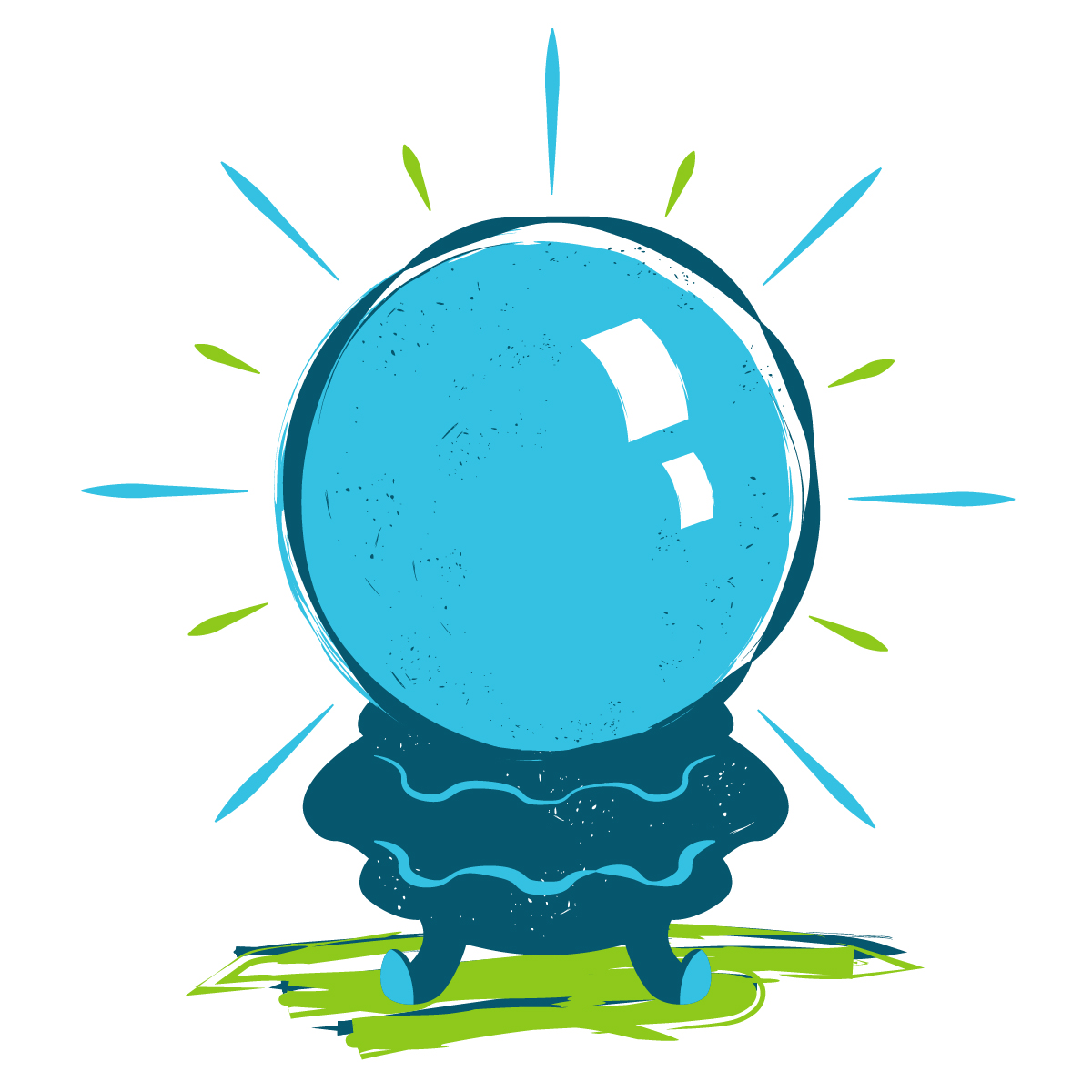 Where once were screens, now there’s voice. As more and more people turn to Google and Alexa to manage everything from how they order delivery, to how their personal info gets delivered to the NSA, they’re going to expect big things from the brands they love. Traditionally, digital marketing has used imagery and linking to website to drive sales, but that’s going out the window with the screens. Voice assistants will offer conversational back-and-forth with consumers that’ll allow for a more personalized approach. Is it going to snow when you’re going home for the holidays? Alexa will interrupt your evening meal to let you know there’s a relevant sale on outerwear somewhere in your inbox.

Currently, all voice assistants sound the same. “Ten percent off rat poison” currently has the same intonation as “One million dollars off your next trip to Disneyland!”

Enter voice assistants with personality. Brands will be bringing their beloved, sassy social media personalities to voice, and having a feisty brand voice will matter more than the content does. Welcome to The Real Voicewives of Every Brand You Know.

Accuracy Level: Lots of shake-ups, not a lot happening — just like a Magic 8 Ball 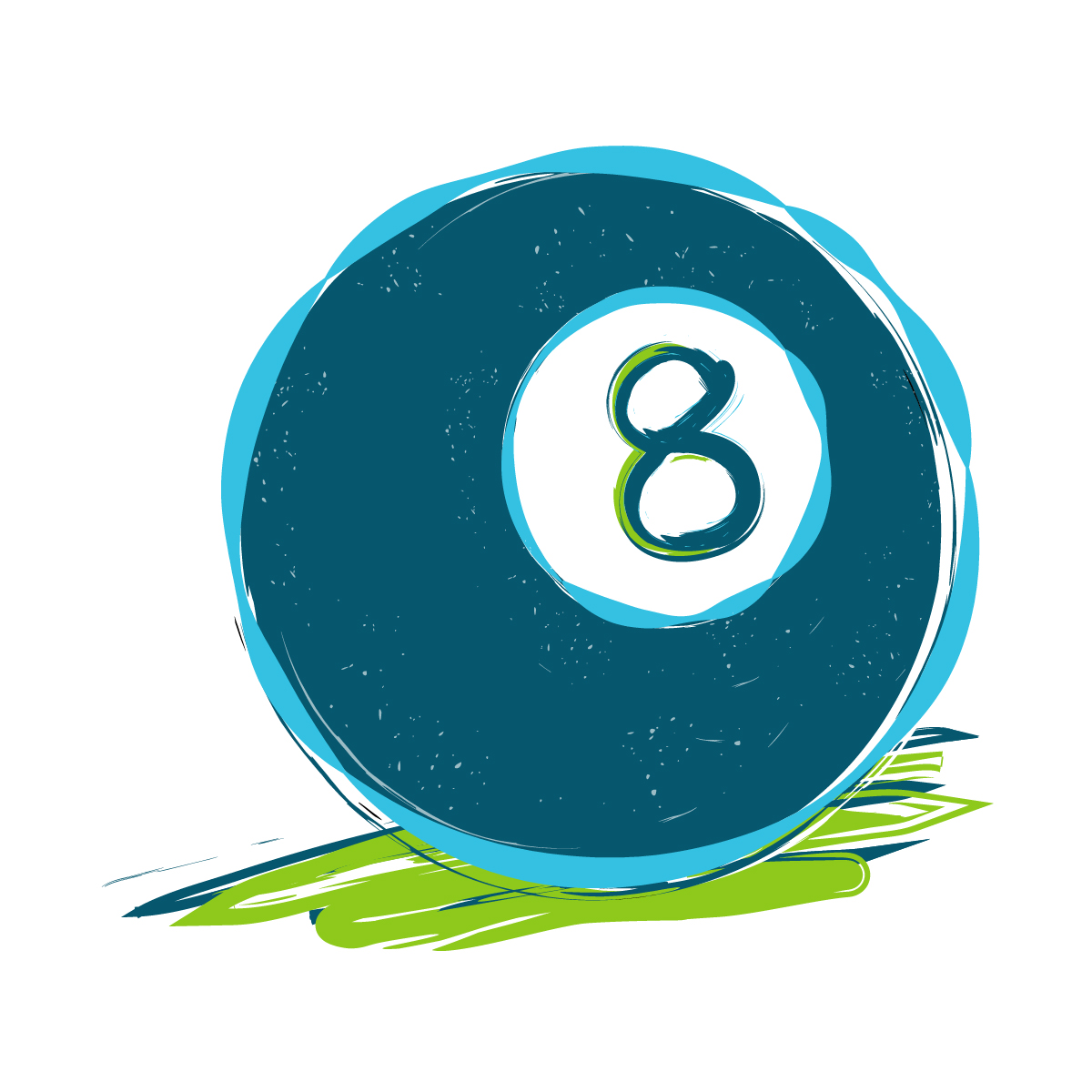 In 2000, Netflix founder Reed Hastings offered to give away his company for $50 million. The potential buyer? Blockbuster. Now Netflix is worth over 100 billion and Blockbuster has 1 measly store in Oregon (because hipsters). Obviously no one could’ve predicted how popular Netflix would get, but the lesson is this: buying your competition is easier than competing with them.

Enter Salesforce Marketing Cloud, the marketing software behemoth that has spent billions in acquisitions so far with no signs of stopping. Does any one person need to use the full suite of Salesforce’s power? Obviously not (and especially not at that price point), which is why small boutique ESPs are going to keep cropping up who will either A. Try to compete or B. End up being bought. So what does that mean for the future? Not much.

Accuracy Level: The death card has been dealt 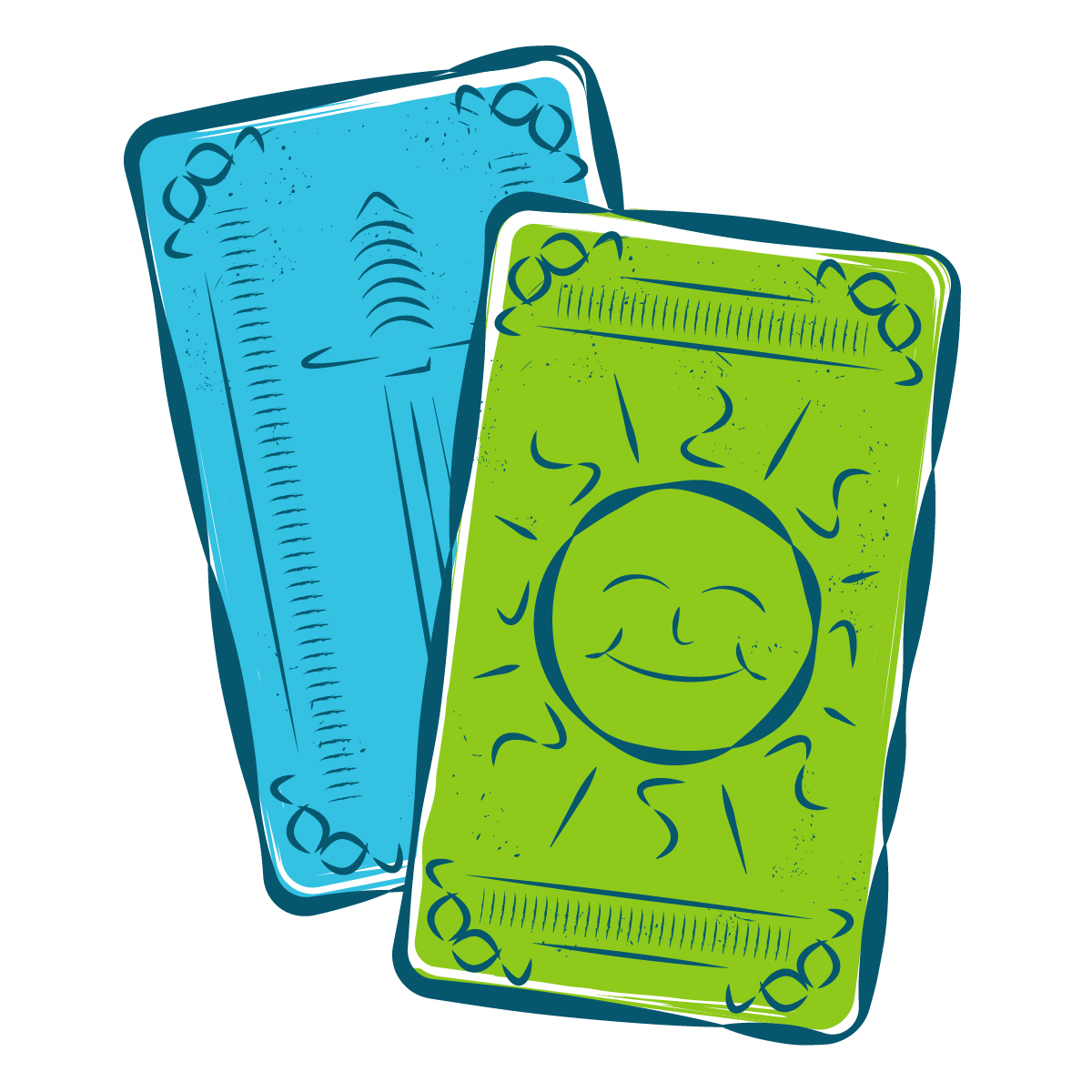 Outlook, having long been the bane of many marketers for its tendency to throw rendering errors into even the finest email, will finally meet its end. Or at least be killed and reborn as something less terrible. Email is only going to continue to provide a strong ROI and an email service provider is going to need to adapt or die. Even Yahoo Mail recently did its own glow up as the brand tries to stay relevant. And with the next version of IE Edge being built on Chromium, i.e., the open source browser provided by Google, it's safe to say that at some point Microsoft is going to want to ditch Outlook’s clunky reliance on Office to move on to better tech that will allow users to keep up with evolving emails. 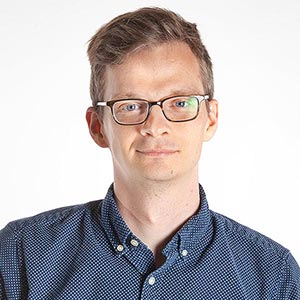 May 7, 2021
Reading the Room - Tips from the Project Management Toolbox
April 23, 2021
The True Cost of Excluding Black Voices in the Workplace
We do it for the gram
Like this post? Share it!
Back to the Blog