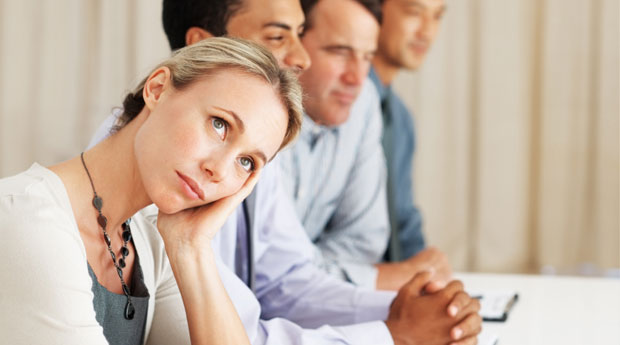 Normal vampires suck your blood. Meeting vampires suck away your productive time. In both cases, you feel awful after they’ve had their way with you.

I recently read the short, concise, and brilliant Read This Before Our Next Meeting by Al Pittampalli. In it, he distills some of the ways that meetings are run badly and inefficiently, and he describes seven principles and standards to which a modern meeting must adhere. The goal is to free up time, use meeting time more efficiently, and find alternate methods of exchanging information so that people can be more productive.

At Nebo, we prize our time and view the traditional meeting as a waste of time. Rather than plagiarize or repeat Pittampalli’s already great points, I wanted to share how this book struck a chord with me by identifying five Meeting Vampires. While I’ve worked for some great organizations, companies, and volunteer organizations, I’ve unfortunately met some of these vampires along the way. Many times, they’ve even had their way with me. Now, as a veteran “meeting vampire eluder,” I would like to warn you about these villains in case you see them coming for you!

Typically seen in large organizations, government entities, and educational systems, the Bureaucrat holds lots of meetings because that is the protocol. These meetings are largely run on automatic pilot, and I’ve found that the Bureaucrat is excellent at feigning progress and productivity without anything really getting done. The Bureaucrat tells you, “It’s just how we do things.” The Bureaucrat is hard to avoid in big organizations, but I’ve often seen go-getters who must operate in such environments battle this villain by gathering champions for specific ideas (more political support for an initiative weakens this vampire), pilot testing ideas whether they are approved or not, and bringing data and evidence to meetings to shortcut the “we need more information” dilemma that the Bureaucrat uses to put off decisions.

These are meetings where you “have” to include the Politician. Like a movie where a character must bow to the villain, I’ve often had to sit in meetings where I go over a decision that’s already been made, justify something that’s already been approved, or even tap-dance about an approved strategy or budget so that certain people can approve or disapprove…something. Often, these are ways the Politician to exert power, vent without repercussions, and meddle with work to justify their own jobs. The way to battle this vampire is to build a case for your work that is airtight, like a lawyer’s. If you can’t avoid these meetings, answer any needed questions as succinctly as possible and refer to documents and data that the Politician should already have read.

The Visionary loves generating new ideas. It makes this vampire feel like they’re starting off on a new journey…again. Unfortunately, once ideas take off and become part of the actual business, they lose that initial magic. So the Visionary keeps coming up with new ideas, over and over. I’ve worked with such vampires who drain hours and hours of time, often during deadline-heavy stretches where I needed to be 100% productive. The vampire attacks you with brainstorming meetings about ideas with no business plans or strategy, or even any feasibility of happening soon. Watch out when these idea meetings include vendor representatives, “experts,” and other vampiric minions who seem to stop by for free coffee and lunch to help the Visionary brainstorm.

While it’s difficult to avoid these meetings when the Visionary controls your time, you can often try to minimize the vampire’s effect by requesting a hard stop time, asking for an agenda (or you won’t attend), and asking clear, tough questions. It also helps to explain the business impact of your time spent brainstorming versus a metric such as billable hours lost.

This may be the most difficult meeting vampire to avoid. You are beckoned by the Parent when you have a concern. The vampire always says, “Let’s meet about it.” These meetings always feel good, supportive, and even fun. The Parent may greet you with a smile, address your concerns, address other concerns, ask you about your workload, relate an anecdote about something that happened that day…

Yes, that’s the problem. The Parent makes day-to-day work seem easy and fun. “Wow, the day flew by,” you say. That’s because you’re not really doing work. Often, the Parent feels comfort in meetings for these very reasons. Without scrutiny, these meetings appear like work. “Discussed Big Project,” “Reviewed Super Big Initiative with Management Team,” or “Met with Boss about Really Important Thing.” Who is going to argue with that? Without vigilance, your time will be sucked away needlessly.

I’ve seen co-workers deal with this problem by pushing back on the need for having a meeting, demanding an agenda, and demanding a hard stop at a certain time. It’s okay to get aggressive with the Parent, since they are usually pushovers, but this aggressiveness to protect your time needs to be constantly maintained.

Probably the worst of them all – the Dining Companion. Their vampiric weapon of choice? The Lunch Meeting.

True, in the world of sales or CEOs, lunch meetings are often a way of life if the goal is networking, connecting, and referring. But if you are a billable worker, serving clients or producing day-to-day, Lunch Meetings can suck away massive amounts of time. They tempt you like candy. “Lunch! That sounds nice. I’m still being productive by listening to the Dining Companion talk about an important area of my business, I can expense it, and I’d love to get out of the office for a bit.”

But what happens? There is more on your plate than you expected that day. And then, the routine. Getting there. (Maybe 10 minutes. Maybe 30 minutes.) Small talk. More food than you usually eat. Maybe 30-40% actual talking about business. The Dining Companion’s products or services have a minimal, vague, or absent value proposition. You learn much less than expected. One hour easily turns into ninety minutes (especially if service is slow). Getting back to the office. You just killed two hours. Now you’re sleepy and you have to pick up at 2pm what you left off doing at noon.

Since lunch meetings are usually instigated by vampires (especially vendors) from outside your office, you can battle them by better vetting their value proposition ahead of time, scheduling a short 10-15 minute phone call (rather than a meal), or – if their value proposition seems legit – challenging their discipline by scheduling an early morning coffee that goes no longer than 45 minutes. If they cannot get up early (like you do), then they must be afraid of the sun – a classic sign of a vampire! All kidding aside, I’ve learned over the years that a person who cannot meet me early for a quick coffee to talk about something of value is usually not disciplined enough to also share a strong value proposition.

Fighting these vampires does not mean that all meetings are bad, or that everyone is a vampire. Sometimes it’s good to follow process, include multiple stakeholders, brainstorm ideas, resolve tension or conflict, or grab an occasional lunch – all through meetings. But you need to be fully conscious that the time is well-spent, and that you’ve fully justified that the time will be worth it. A truly productive person works – and only meets to help prod work along. Meeting vampires want to drag you into their workless world. You must fight them, and remain vigilant!

Jeff - Thanks for sharing your post. I especially liked your idea of the Meeting Parrot. That's one aspect I did not address here. You're right in pointing out that people need to bring value to meetings, rather than just talk emptily or repeat what others have said. A person who only provides "empty substance" can harm the productivity of a meeting just like the other vampires listed above.

I liked your post Kevin - reminds me of some of our "Meeting Villains" that we've come across: http://blog.lessmeeting.com/search/label/Meeting%20Villains