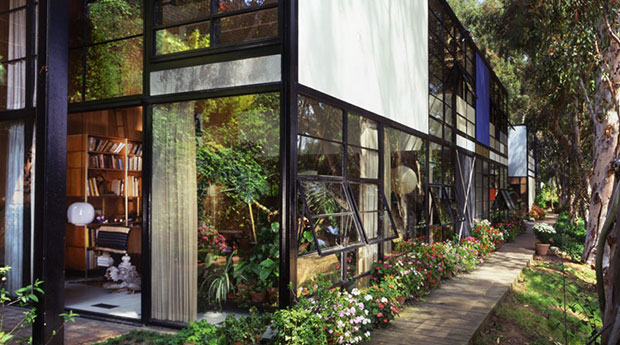 I first met Eames Demetrios, the grandson of Charles and Ray Eames, at a TED event in Palm Springs in April of 2011. He invited me to tour the Eames House later that day.

Upon arrival, I was in awe. The beauty of the house—from the design to the landscape and how the home was preserved just as it had been when Ray passed in 1988, ten years to the day after Charles—was truly a living embodiment of their design principles.

After touring the house, we opened a bottle of wine in their old studio and started talking. Eames was honest about the challenges presented in preserving modern architecture. With the buildings and materials having only been around for 75 years, very little is known about how best to preserve them. It's taken numerous studies and experiments to even start the process of creating a preservation plan. Funds needed to be raised, and building awareness was crucial.

After learning about these challenges being faced, I asked Eames if he would like our help to raise funds and awareness for the iconic house. At first he was skeptical, having only known me for a few hours, but after talking through our plans, he agreed excitedly.

Back in Atlanta, the Nebo team started working on a solution. Our key insight was that people want to own a part of the Eames legacy.

We came up with the concept of creating and selling limited edition prints that would appeal to the design enthusiast. For the next 12 months, we refined and perfected the prints. Working with the Eames Foundation, we combed the archives of hundreds of photographs, design assets and stories for inspiration. We read every Eames book we could find.

The final products were a set of original works inspired by the elegant geometry and understated simplicity of Eames designs. These limited edition prints would be offered for sale directly to the public, with all funds being directed toward the foundation. 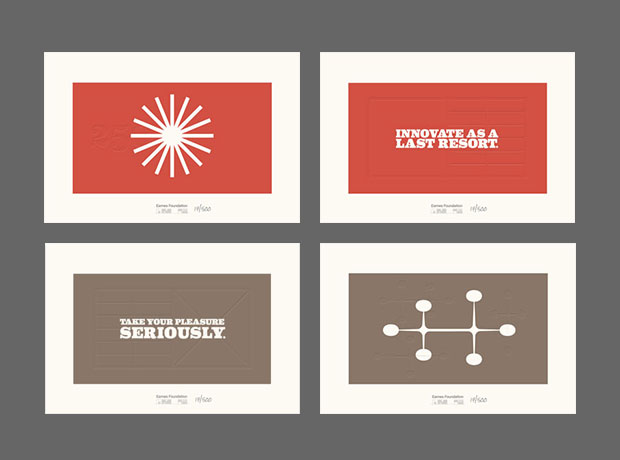 As the cornerstone of the campaign, we designed and built a microsite to sell the prints. The site needed to spell out the challenges facing the Eames House, while communicating the Eames design legacy in a highly visual and engaging manner. We built an interactive timeline that told the story of their contribution to modern design and showcased the prints for purchase. 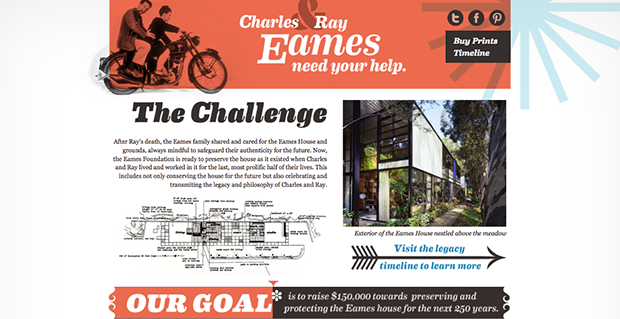 Corporate support soon followed. Neenah Paper donated all the paper stock. Herman Miller and Vitra also joined the effort, creating the Authenticity Fund to provide matching donations of $75 for each of the hand-numbered prints sold.

The efforts of everyone involved, from our designers and developers to the family and all supporters of this worthy cause, deserve credit for helping to make something great. After a year of hard work, the campaign is live, and design enthusiasts across the globe now have a chance to own a piece of the Eames legacy and help preserve this modern masterpiece for generations to come.