Preserving a House & a Household Name

Charles and Ray Eames are legends of modern design, but the house they designed and lived in needed preservation.

The Eames House is one of this renowned couple's most important works. It was designed by the husband and wife team and served as their home and studio during the most prolific half of their lives. And to help protect this iconic landmark, the Eames Foundation needed to raise some serious funds.

We knew that if we could reach our target audience of design enthusiasts, we could get their attention and encourage them to lend a helping hand in our preservation efforts.

We also knew that a simple call for donations wouldn't be enough. Since the house isn't open for public tours, very few people have actually seen the iconic landmark in person, so there wasn't a built-in audience on which to rely.

Based on this insight, we realized that we needed to find a way to let design supporters own a piece of the Eames legacy, and, with a personal interest in their unparalleled contributions to art, architecture, filmmaking and furniture, we jumped at the opportunity to help.

The team created four original prints inspired by the elegant geometry and understated simplicity of Eames designs. Five hundred of each of these hand-numbered, limited edition prints were produced and sold for $75 apiece, with all funds directed toward the Foundation. This provided art aficionados and Eames fans alike with the opportunity to actually own a piece of their legacy.

Herman Miller and Vitra partnered with Nebo and the Eames Foundation to help by creating the Authenticity Fund, which matched donations of $75 for each print purchased.

In order to sell the prints and create awareness around the effort, Nebo created a donation microsite that highlights the house and the preservation efforts.

To help communicate the duo's contribution to modern design and cement their legacy, we combed through the archives of the Eames Office and created an interactive timeline highlighting their greatest works in furniture, film, advertising and architecture.

We designed a series of 8 limited-edition prints based on the Eames legacy. Each print sold for $75 with all proceeds going to the foundation. These were the perfect chance for Eames fans to own a piece of their legacy and support a cause they cared about. 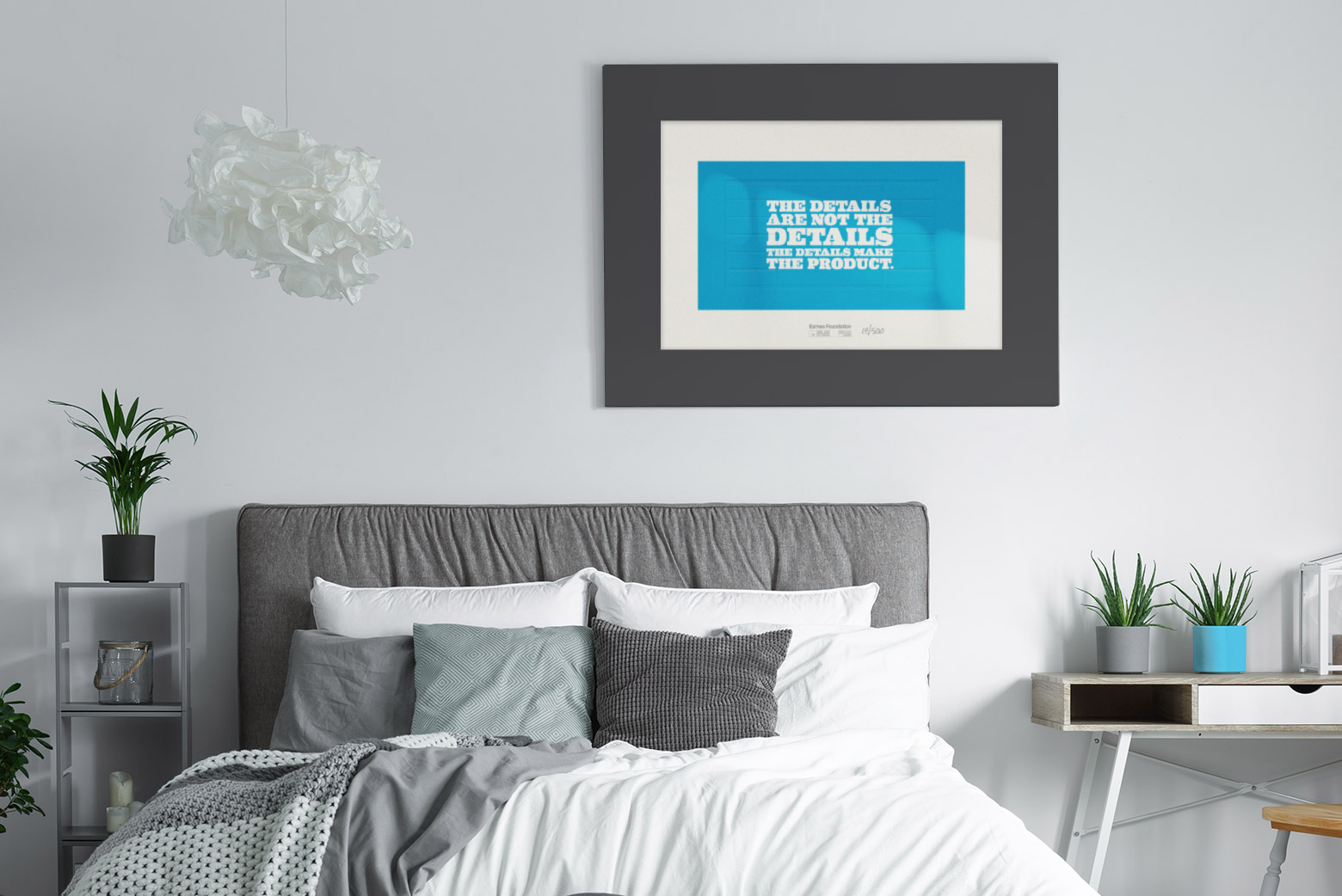 The cornerstone of this campaign was the eameshouse250.org website that highlighted the house and the preservation efforts. We combed through the archives of the Eames Office and created an interactive timeline highlighting their greatest works in furniture, film, advertising, and architecture, telling the story of how they met in 1929 all the way up till today. 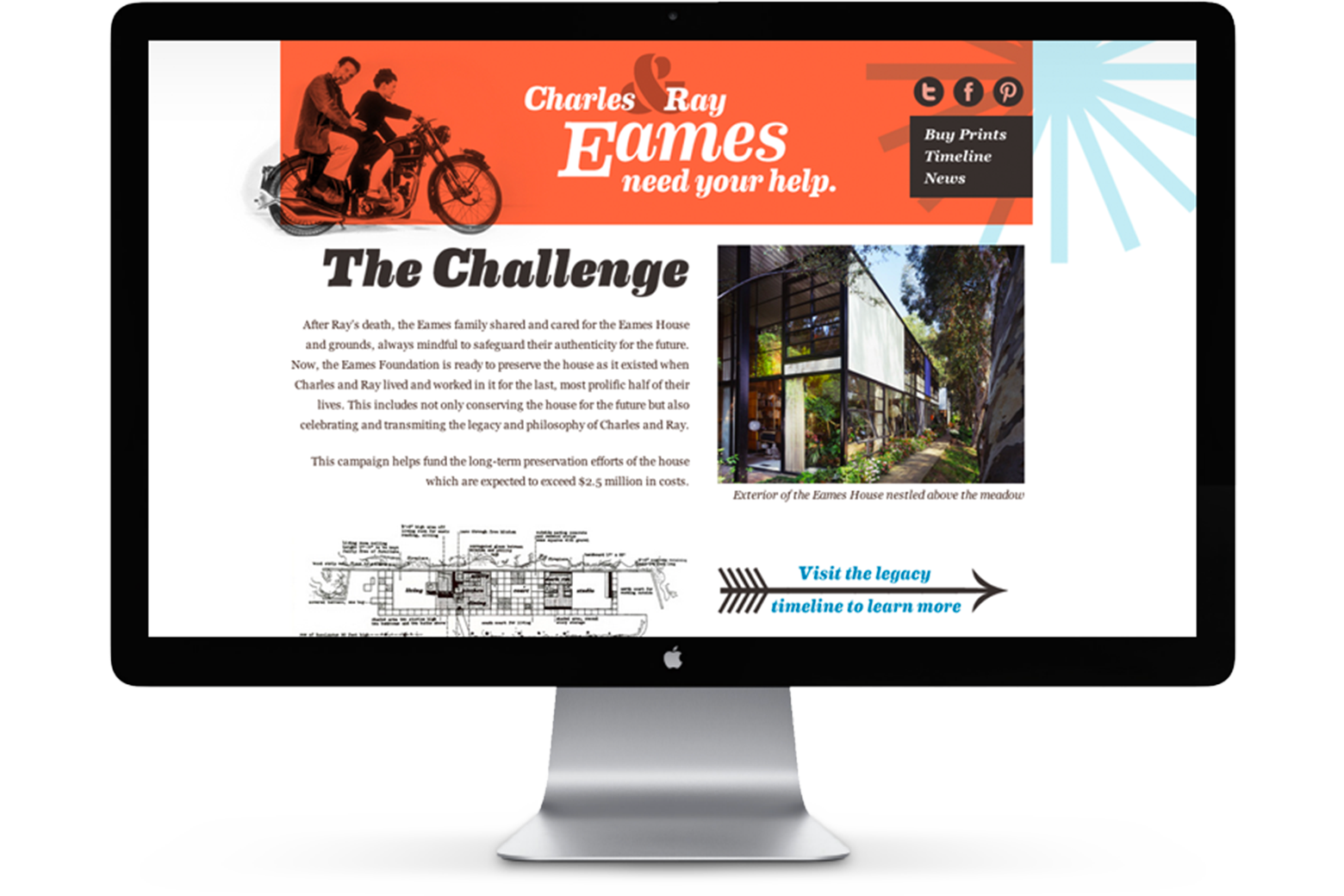 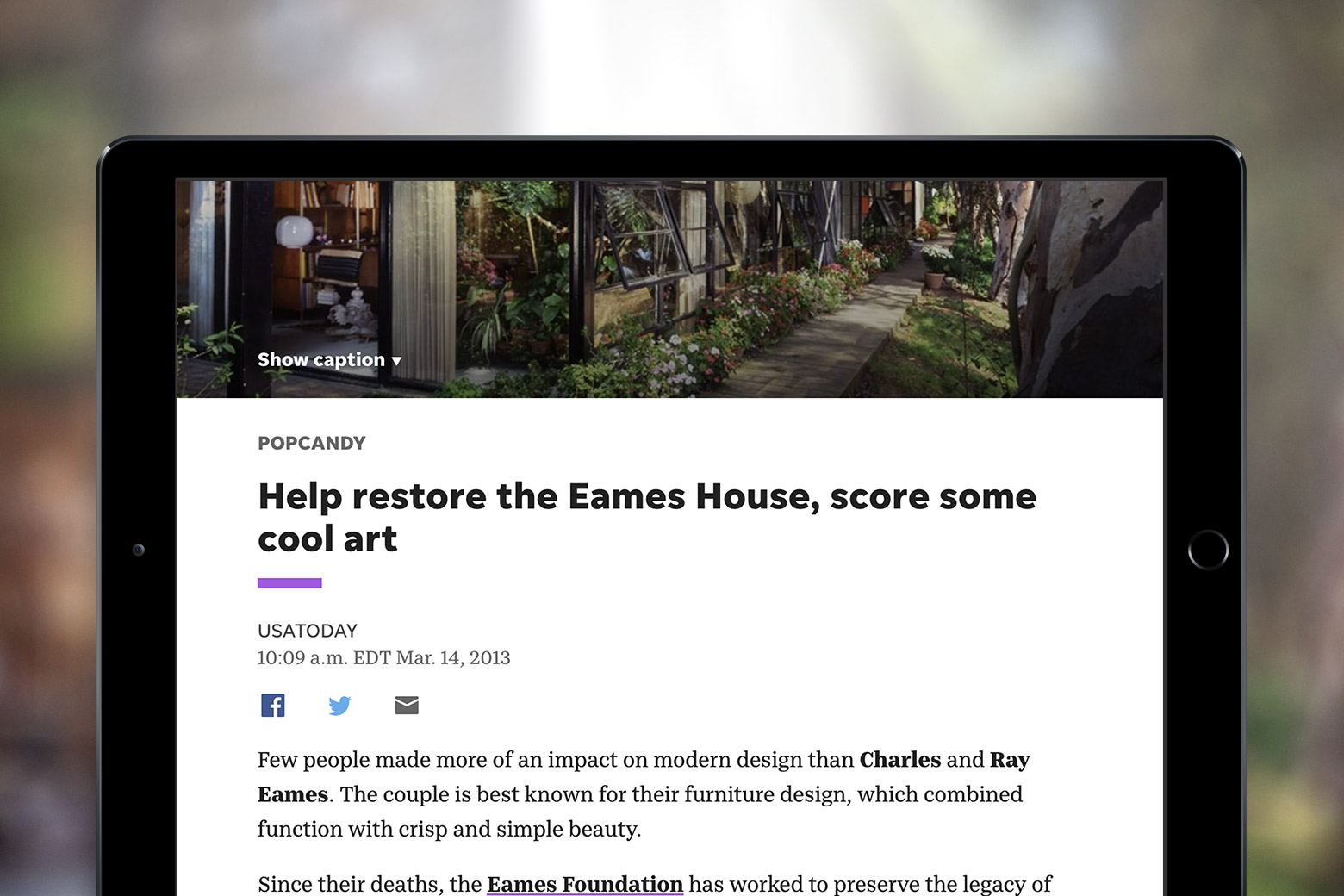